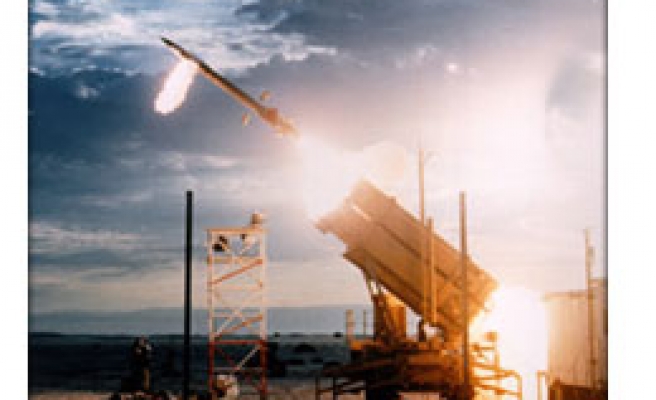 Commenting on the US and NATO's criticism on awarding a Chinese firm, Arinc said Turkey's Undersecretariat for Defense Industries executive council led by Tukish Prime Minister Recep Tayyip Erdogan had chosen the Chinese bidder since it offered the lowest price and they reached an agreement to co-produce the missile systems.

"We only think about Turkey’s interest. It is not unacceptable that another state can have a say on this matter. The US authorities have already voiced their respectful remarks. There is no such statement on accusing Turkey," said Arinc on Monday to a question about the US remarks on selecting Chinese firms.

Arinc said they did not hesitate to award Chinese firm and added that the process is not over yet. "Once the process is over, the production would start."

Arinc also pointed that Turkey is a member of NATO alliance and Ankara has a good relation with NATO members including the US. "However when it comes to Turkey’s defense, we are powerful enough to take the decision that dears to us without looking to someone else," he added.

Deputy PM Arinc also stated that the Cabinet meeting also agreed to submit to parliament a motion for a fresh mandate authorizing the Turkish government to take military action against Syrian in case such a move was needed. He said the fresh motion will come to the parliament agenda on 3 October. Arinc did not disclose whether new request would be identical to the last year authorization.

The government had received the Turkish parliament's authorization to take action against Damascus after a Syrian artillery shell which landed in Akcakale, Sanliurfa killed 5 people in 2012. That prior authorization expires on October 3, 2013.

The previous authorization says: "The ongoing crisis in Syria affects stability, and security in the region and now the escalating animosity affects our national security. The Syrian armed forces have been conducting assaults as part of military operations into Turkish land despite our several warnings and diplomatic overtures since Sept. 20, 2012. This situation threatens our national security. In this respect, the need for taking precautions and acting quickly against any threats to Turkey has arisen. In the framework of the situation, under Article 92 of the Turkish Constitution, we kindly ask the Parliament to discuss a motion that authorizes the government for a year to send Turkish troops into foreign countries."

It was approved by the Turkish parliament on October 3rd, 2012.