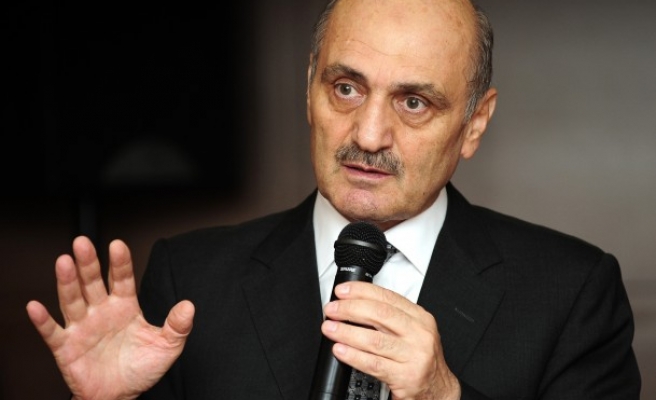 Issuing a written statement prior to the meeting with a Turkish delegation of Housing Authority led by Bayraktar, Pakistan's Sharif expressed Pakistan's confidence to take its bilateral relations with Turkey to new heights and work for promoting and strengthening the economic and trade relations.

The Pakistani prime minister stressed that the unshaken friendship between the two countries would strengthen through joint projects and bilateral agreements during the next five years of his rule.

He added that Pakistan also wanted to benefit from the successful experiments of Turkey, namely Turkey’s Public Housing Program wherein low cost housing facility for the poor families could be provided, while praising the visit and efforts of Turkish Environment Minister Bayraktar to share Turkey's experience in public housing and urban transformation.

Sharif underscored that his Government identified housing as a priority area and is therefore planning to provide 500 thousand units during the next five years to overcome the housing shortfall.

Pakistani Prime Minister was briefed during the meeting by the Turkish delegation that Turkey had devised a revenue sharing model according to which 15 percent of their housing stock was diverted towards “Revenue Generation” and the remaining 85 percent towards “Social Housing”.

Turkey's “Social Housing” scheme comprises of two main components wherein firstly; the land is provided by the government and secondly; a flexible payment schedule is offered according to affordability.

"We will study the financial model and visit on ground the housing schemes developed in rural and urban areas in Turkey during my forthcoming visit”, said Sharif.

"We are ready to share, at Sharif's request, all of Turkey's experience in public housing and urbanization. Our Housing Development Administration (TOKI) realized 500 thousand projects within 8 and a half years. Our efforts towards planned urbanization,  urban transformation and environment protection are proceeding in full force," Bayraktar said.

As part of his 3-day visit to Pakistan, Turkish Minister Bayraktar will review Turkish projects on solid waste management, public transportation and the metrobus in the city of Lahore, the capital of Punjab governate.

Meanwhile, Pakistani Prime Minister Muhammad Nawaz Sharif will pay a three-day visit to Turkey on September 16. He further said that he was looking forward to his upcoming visit to Turkey where Pakistan-Turkey bilateral relations would further strengthen.