Turkey calls for tolerance and enhanced understanding between religions and cultures, says Turkish ambassador to the UN. 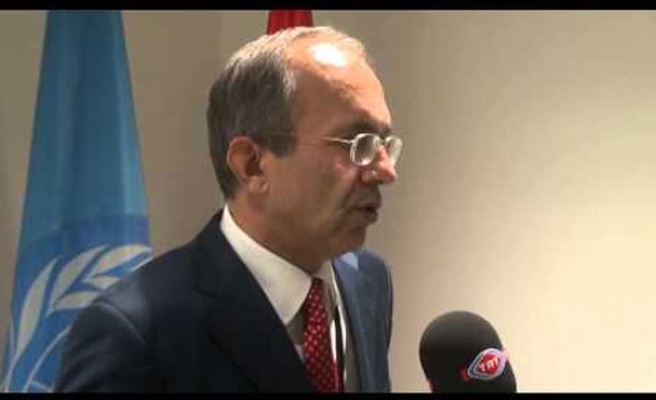 The rising tide of anti-Semitism is related with a rash of racism and xenophobia throughout the world, Turkey's UN envoy said Thursday.

"Turkey categorically condemns all sorts of discriminations, and calls for tolerance and enhanced understanding between religions and cultures," Halit Cevik, permanent representative of Turkey to the UN, said at an informal meeting of the UN General Assembly on the rise in anti-Semitic violence worldwide.

"Turkey has throughout history proved its will to fight against anti-Semitism and has been a safe haven for Jews throughout the centuries," said Cevik, adding that the Ottoman Empire presented an inclusive atmosphere in which Jews preserved their language and culture, and in turn made important contributions to the Ottoman state.

In one instance, thousands of Jews expelled from Spain by the Inquisition in late 15th century were welcomed by the Ottoman Empire, where they settled in a number of cities.

Under Ottoman rule, religious groups were allowed to establish their own self-governing communities, each retaining its own religious laws, traditions, and language under the general protection of the sultan, according to American historian Stanford J. Shaw.

"The rise of anti-Semitism is part of a broader phenomenon of rise in racism and xenophobia throughout the world, including the worrying growth in Islamophobia," Cevik said.

He stressed that Turkey's stance in the Israeli-Palestinian conflict was not directed at the Jewish people either in Israel or in elsewhere, "but solely against the conduct and practices of the government of Israel in disregard of the fundamental rights and freedoms of the Palestinians."

"Neither Turkey’s criticism nor the rightful indignation among Turkish public in the face of Palestinian suffering has any relation with Jewish people anywhere in the world," he said.

Turkey and Israel have experienced a major rift in relations in recent years over a raft of issues mainly surrounding the latter's policies and practices in occupied Palestinian territories.