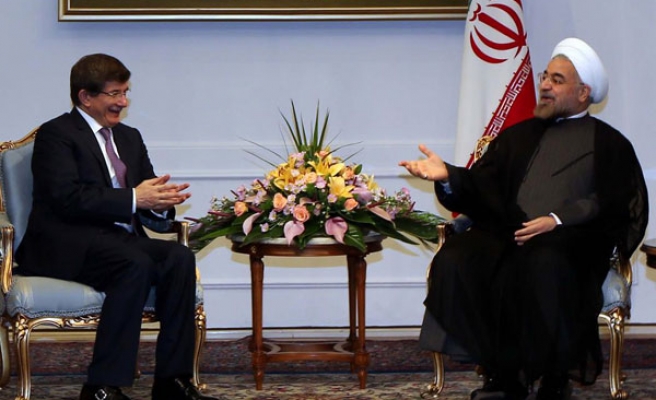 Speaking to the journalists before he left Tehran for Ankara on Monday after attending Rouhani's oath-taking ceremony, Davutoglu said they discussed regional developments, primarily in Syria and Egypt with Rouhani and Zarifi on Monday morning.

Davutoglu said during the meetings they emphasized the need for increase in the number of consultations between Iran and Turkey which were vital for the stability of the region.

Regarding their talks about Syria, Davutoglu said, "We agreed on the existence of a shared ground within democracy and security principles."

Upon a question about Egypt, Davutoglu stated they were in continuos diplomatic contact and added, "We hope our Egyptian brothers will have their (Ramadan) Eid in a real peaceful atmosphere. However for this end, release of Mr. Morsi and all other political leaders is of critical importance."

In addition Davutoglu announced during his talk with Brazilian counterpart Antonio Patriota they decided Turkey-Brazil-Sweden trilateral summit to be held on September 6-7 in Stockholm.