Greek Cypriot and Turkish Cypriot representatives are set to meet on November 4 to discuss a solution process regarding the island. 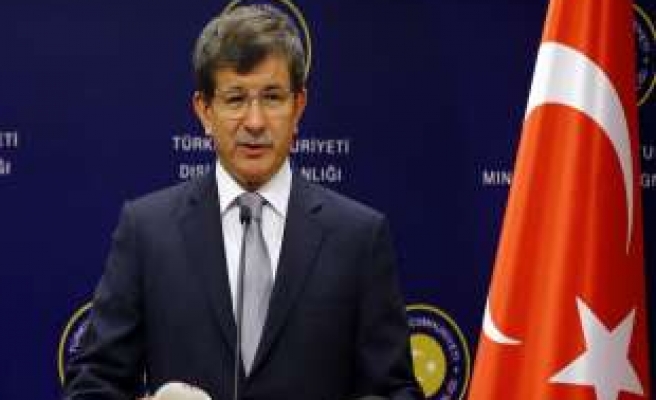 Ahmet Davutoglu, Turkey’s minister of foreign affairs, has said that there is still hope that stalled peace talks between Turkish Cypriots and Greek Cypriots can be revived ‘if there is a demonstration of will.’

After meeting with the Turkish Cypriot Foreign Minister Ozdil Nami in Ankara, Davutoglu said that talks had reached a ‘very critical stage.’ He said that despite having high expectations after the results of the last Greek Cypriot elections, the economic and political crisis in Southern Cyprus were proving an obstacle to the commencing of meaningful talks.

The UN’s ambassador to Cyprus, Alexander Downer, was also in Ankara to meet Davutoglu. He informed the Turkish Foreign Minister that he too felt that it was the right time to restart negotiations. However, Davutoglu informed him that issues on the island itself were not the only factors preventing talks. Tensions in the surrounding eastern Mediterranean were also causing problems.

He also informed that the leaders will meet on 4 November, and that he too plans to visit the Turkish Republic of Northern Cyprus soon.

Turkish Cypriot Foreign Minister Nami said: ‘Turkish Cypriots have been living with the Cyprus problem for 50 years. They have been isolated from the world undeservedly. It is now time to go beyond and end this.’ He also said that the Turkish Cypriot government is aiming for a new referendum in March 2014, which could see the reunification of the island.