Igsiz is a key suspect in the Internet campaign investigation, which began in 2010 based on evidence found in the home of retired Col. Hasan Ataman Yıldırım, another suspect in the website case. 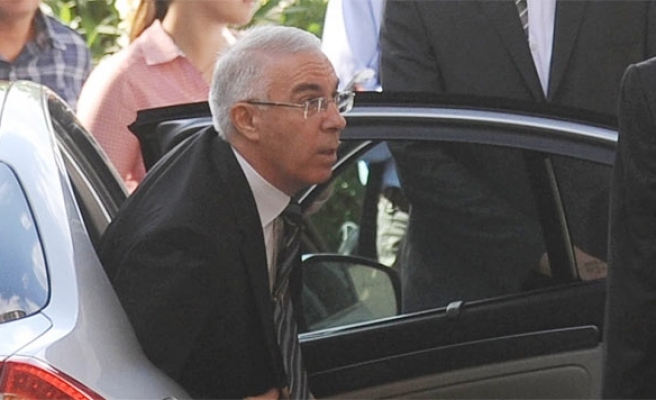 Former 1st Army Corps Commander retired Gen. Hasan Igsiz was arrested on Wednesday as part of an investigation into several websites set up by the General Staff to back the Turkish Armed Forces' (TSK) alleged propaganda campaigns against civilian groups and the government.

His arrest comes in accordance with an order by the Istanbul 13th High Criminal Court to arrest 14 suspects, including seven senior generals, as part of the investigation into a plan to destabilize the government through an Internet campaign. Two days after the arrest warrant, Igsiz came to the Beşiktaş courthouse and turned himself in. He was arrested after a regular medical check-up.

Igsiz is a key suspect in the Internet campaign investigation, which began in 2010 based on evidence found in the home of retired Col. Hasan Ataman Yıldırım, another suspect in the website case.

According to the indictment, Col. Dursun Cicek, the prime suspect in a separate anti-government plan case, said in his June 8 testimony that Hasan Igsiz, who was the deputy chief of General Staff at the time, had approved the websites. Çiçek said he had to prepare the order on paper because he was in charge of the units that would oversee the websites. He said the order he prepared was an extended version of an earlier draft by an army captain named Murat Uslukilic.

Other online campaign suspects Gen. Mehmet Eroz, Gen. Mustafa Bakici Col. Ziya Ilker Goktas, Col. Hulusi Gulbahar, Col. Cemal Gokceoglu and Bulent Sarikahya, a public servant at the General Staff, have also admitted that they had received orders to create anti-government websites. They all said the order was given by the deputy chief of General Staff at the time, Gen. Igsiz.

There are a total of 22 suspects in the propaganda website case who are being accused of "attempting to overthrow the government" and of "leading and being a member of an armed terror organization." They are also accused of categorizing military officers according to their religious or political beliefs, possibly for future reference. Fourteen officers on active duty, four retired military officers and a civilian public servant have been accused in the indictment.

Igsiz is the second suspect to be arrested after Monday's arrest warrant. He followed Col. Fuat Selvi, who turned himself in on Tuesday. Other suspects whose arrest is wanted by the court include Maj. Gen. Mustafa Bakici, the General Staff's legal counsel Maj. Gen. Hifzi Cubuklu, Lt. Gen. Mehmet Eroz, Vice Adm. Mehmet Otuzbiroglu and Lt. Gen.Ismail Hakki Pekin and Aegean Army Corp Commander Gen. Nusret Tasdeler, who was recently appointed head of the Education and Doctrine Command (EDOK) in Ankara.

The website case was also merged with the trial on Cicek's alleged coup d'état plot, which its creators dubbed the Action Plan to Fight Reactionaryism. The content of the websites indicates that they were used as part of the Action Plan to Fight Reactionaryism allegedly drafted by Cicek. Cicek's suspected plan of action details a military plan to destroy the image of the ruling Justice and Development Party (AK Party) and the faith-based Gülen movement in the eyes of the public, play down the Ergenekon investigation and gather support for members of the military arrested as part of the investigation into Ergenekon, a clandestine organization nested within the state and bureaucracy accused of plotting to overthrow the government. The plot is believed to have been prepared by Col. Dursun Cicek, who is currently in prison on coup charges.

The first hearing in the merged trial is scheduled for Sept. 12, 2011.