The probe comes as the Supreme Military Council debates Tuesday disputed promotions of suspected soldiers for the third day. 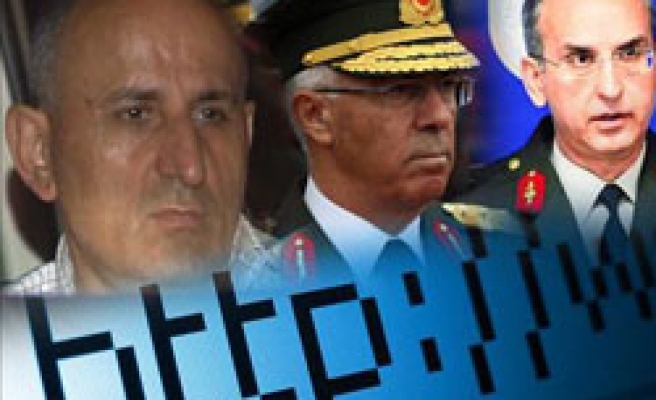 A Turkish prosecutor launched a probe on "Internet Memorandum", calling on 19 suspects including one general who expects promotion as Land Forces Commander to testify urgently.

The probe comes as the Supreme Military Council (YAS), Turkey's highest military decision-making organ, has convened Tuesday on the third day of its annual gathering.

Ergenekon Prosecutor Zekeriya Oz on Monday launched the investigation into claims that Colonel Cicek presented a memorandum to Gen. Igsiz in which he allegedly said he created internet sites in order to wear out the government.

Gen. Hasan Igsiz will give testimony as "suspect" in Ergenekon case on claims over the document which was allegedly signed also by Igsiz. According to the document, Colonel Cicek had set up internet sites to wear out the government. Cicek had said those sites were made for white propaganda, media reported.

However, media also said, Premier Recep Tayyip Erdogan had opposed to the promotion of 11 generals about whom arrest warrants were issued in Sledgehammer coup case as well as promotion of Igsiz as the land forces commander.

Meanhile, 11th Heavy Penal Court has not made a decision on objections of 11 general and admiral suspects in Sledgehammer coup cases.

In the second day of YAS meeting, the mandate of some suspected military officers under the Sledgehammer probe, were extended for one year without promotion, another Turkish newspaper Yeni Safak said.

The decisions made by the council will be made public after being submitted to the Presidential Office for approval on August 4.

Both Erdogan's and President Abdullah Gul's signatures are required for promotion of Igsiz.

However, media said, Turkish President may reject some YAS decisions on the appoinments of suspected generals in coup probes.