Government appointed new army chief after dismissing general who is a suspect in a probe and army insists as commander of the land forces. 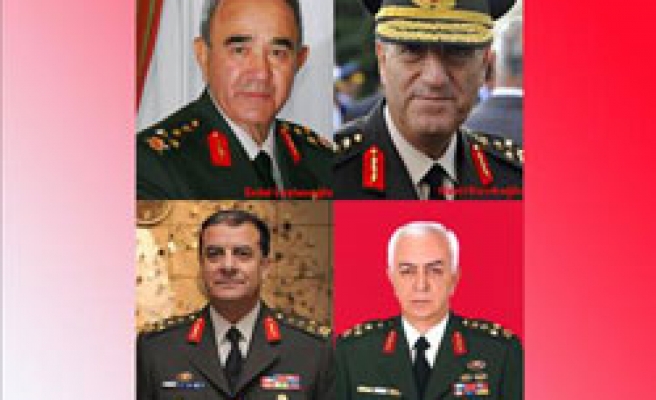 The Turkish government appointed General Erdal Ceylanoglu as commander of the land forces on Sunday, dismissing army-insisted general who is a suspect in a probe.

Ceylanoglu's appointment paves the way for the current head of the army, General Isik Kosaner, to become the top commander of NATO's second-largest military.

Both posts were left unfilled at the end of the annual Supreme Military Council on Aug. 4 after the government.

The promotions process in the military was thrown into disarray by investigations into alleged plots by top-ranking officers to topple the government.

Earlier on Sunday Erdogan had said agreement had been reached with the military on the positions.

The government and military had broadly agreed on Kosaner's appointment, media reported last week, but it was delayed by uncertainty over who would replace him as head of ground forces.

Hasan Igsiz, had been in line, but he was one of 19 officers summoned last week to testify in an inquiry into a campaign to discredit the ruling AK Party and Islamic groups on the Internet.

That case is one of several criminal investigations into alleged military-linked schemes to force the AK Party out. Generals deny any involvement in such plots.

The appointments were made public after a meeting at the Cankaya Presidential Palace among President Abdullah Gul, former chief of General Staff Gen. Ilker Basbug and National Defense Minister Vecdi Gonul.

Following the appointments, the top echelon of the Turkish army is as follows, according to Turkey's Anadolu news agency.

"We are not going to give the nod to everyone who comes our way," Erdogan told reporters on Sunday evening. "We used the authority at our disposal."

The military staged three coups between 1960 and 1980 and in 1997 forced an Islamist-led government to resign.

Crisis "over" as Turkish PM reaches deal with army on posts

Turks are fortunate and deserved to have Mr Erdogan as Prime Minister. Many things which were impossible are now possible.