Turkish government signs a decree to return property taken away from minority foundations by the 1936 proclamation, including their cemeteries and fountains 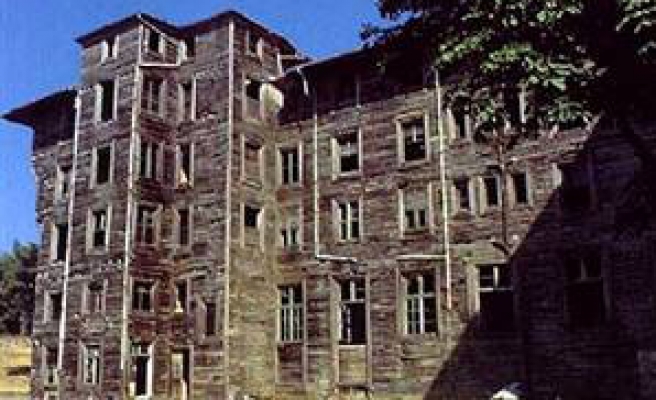 Turkish government has issued a decree to return immovable properties belonging to minority foundations in Turkey.

The decree was published in the Official Gazette on Saturday to return all immovable properties belonging to the minority foundations which they declared back in 1936.

The decision was announced ahead of a dinner to break the Ramadan fast that Prime Minister Tayyip Erdogan attended with representatives of the Christian and Jewish communities in Istanbul on Sunday evening.

Some of the seized properties were hospitals, schools and cemeteries.

In the case of minority groups' properties that were sold to third parties, the religious foundations will be paid the market value of the properties by the Treasury

Minority foundations are obliged to make an official appeal within 12 months to reclaim their immovables.

Turkey has been found guilty in a number of cases at the European Court of Human Rights, which sentenced the country to pay compensation to minority foundations for failing to register their immovables.

Turkish Foreign Minister Ahmet Davutoglu has said that Turkey's decision to return the immovable properties of minority foundations was a "historic step".

Speaking to reporters on the last day of his visit to Kosovo, Davutoglu said the decision recently made public by Prime Minister Recep Tayyip Erdogan was not a gesture towards minorities, but the return of the rights of legally equal citizens.

"We consider all these steps as the natural outcome of Turkey's commitment to its citizens and the
citizens' commitment to their country. We hope these major steps can set an example for other countries," he said.

Davutoglu also said he hoped such decision could be an inspiration for the return of the foundation assets in the Balkans, coming from the Ottoman era, to the Turkish community living in the region.