Unfortunately, some hegemonic powers sustain the habit of the imperialist period, such as thinking of themselves as more superior than people by using their economic and political privileges," says the declaration. 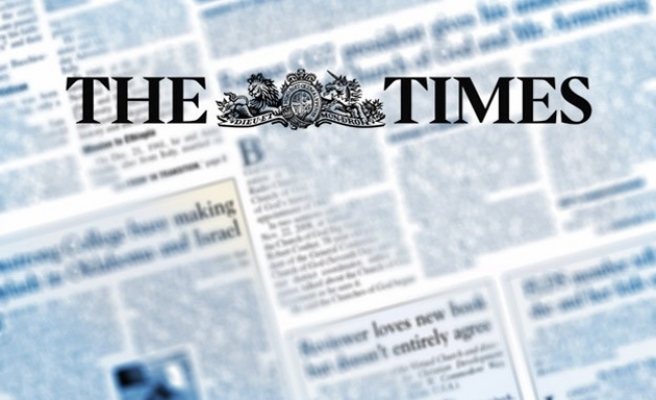 A group in Turkey consisting of authors, journalists, artists and academicians released a counter-declaration for the letter which was published in The Times and signed by some celebrities such as Sean Penn, Ben Kingsley and David Lynch, criticizing Turkish Prime Minister Recep Tayyip Erdogan and his government.

The declaration criticized the opinions published in the British newspaper, with its headline "We have many men".

"Saying the truth is beyond all material and moral interests. It is essential to undertake the responsibilities of being human in order to have this virtue. History of humanity includes many civilizations which were left to us as legacies. Unfortunately, some hegemonic powers sustain the habit of the imperialist period, such as thinking of themselves as more superior than people by using their economic and political privileges," says the declaration.

The group said in the declaration that the opinions of those who criticized their country's issues did not matter for the people who held their country and citizens above their own interests and groups, adding that this impudent attempt was a trap which the Turkish people saw through.

These passionate actors were products of an indelicate attitude, who added tricks into the art and when idea competition should have been conducted in a friendly manner, said the group in the declaration. It added that Turkey is a country of strong and long-running people who know their own matters, and overcome and solve them.

Many names undersigned the counter-declaration titled "We have many men."