Turkish government presented on Tuesday a motion authorizing itself to stage cross-border operations to the Office of Parliament Speaker. 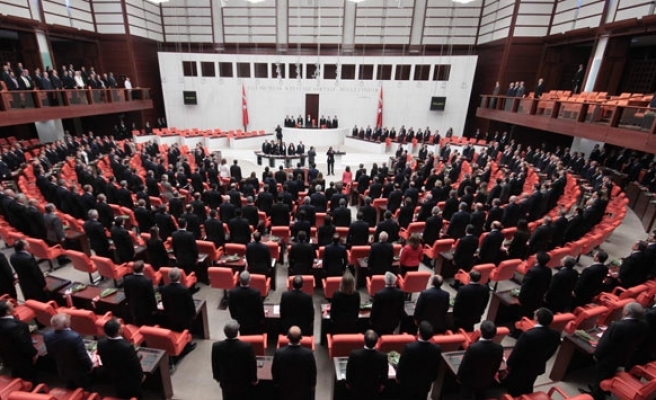 Turkish government presented on Tuesday a motion authorizing itself to stage cross-border operations to the Office of Parliament Speaker.

The motion, signed by Prime Minister Recep Tayyip Erdogan, said "terrorist attacks stemming from the terrorist organization PKK that had taken shelter in the north of Iraq continued to pose obvious threat to Turkish nation's peace and security and Turkey's national unity and territorial integrity."

"Turkey, which attaches utmost importance to protection of territorial integrity, national unity and stability of friend and brother Iraq, successfully carries out its military activities in order to end presence of PKK terrorists in the north of Iraq and their terrorist attacks, and continues political and diplomatic initiatives and warnings," the motion said.

The motion also asked the parliament to allow the government to stage cross-border operations into the north of Iraq in order to take necessary measures in line with international law and as a part of fight against terrorism, and to eliminate terrorist threat and attacks.

It also demanded that the parliament extended government's mandate to stage cross-border operations for another year, starting on October 17, 2011.

Meanwhile, Turkey's deputy prime minister said on Tuesday that he saw "no deficiencies in the country's fight against terrorism."

Bulent Arinc said everything was good in Turkey right now and would be better in the future.

"However, the only saddening thing is terrorism, and we are combatting it and we will be successful," Arinc said as he met Istanbul Chamber of Commerce (ITO) Chairman Murat Yalcintas in Ankara.

Arinc said recent delirium of the terrorist organization was making everyone sorrowful, and a recent attack against a civilian family killed a pregnant woman and her kid.

"Two people were injured, I guess her husband and other kid, which is inhumane," Arinc said.