Sledgehammer coup suspects intended to cooperate with terrorist organizations to lay the groundwork for a coup, Turkish indictment said. 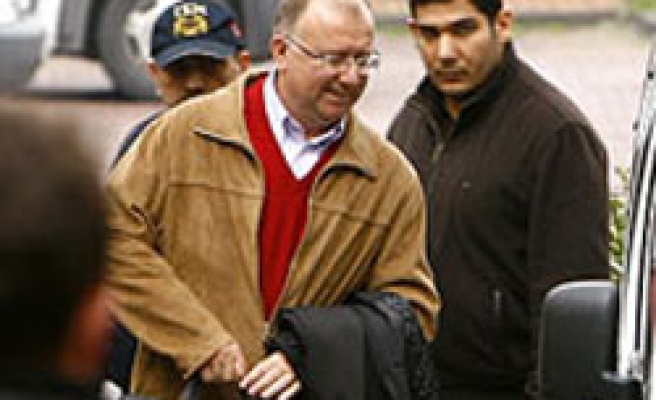 The suspects involved in the Sledgehammer plan -- a suspected military plot to overthrow the government -- intended to cooperate with terrorist organizations to lay the groundwork for a coup, a recently accepted indictment in the plot alleges.

Sledgehammer is a suspected coup plot created in 2003 at a military gathering with the intent of overthrowing the ruling Justice and Development Party (AK Party) government. According to the plan, the military was to systematically foment chaos in society through violent acts, among which were planned bomb attacks on the Fatih and Beyazıt mosques in Istanbul. The plot allegedly sought to undermine the government and to lay the groundwork for a military takeover.

The Istanbul 10th Criminal Court accepted on Monday the indictment in the Sledgehammer plan, a suspected coup plot created in 2003 at a military gathering.

It mentions 196 suspects and names retired Gen. Cetin Dogan, the former head of the 1st Army, as its prime suspect. Among other things, the indictment provides details of plans by coup suspects to cooperate with certain terrorist organizations to accomplish their ultimate goal, a coup.

According to the indictment, the junta led by Gen. Doğan, hoped to “benefit from” the outlawed Kurdistan Workers' Party (PKK), as well as some other ultra-leftist and communist terrorist groups.

In another document titled “Suha Tanyeri's Plan Seminar Notes,” mentioned on page 953 of the indictment, Tanyeri also suggests cooperating with the PKK to fight “reactionaryism.” “The people who will cooperate with the PKK for this purpose should be determined beforehand,” the document states.

According to the indictment, the designation of the plan was changed from a seminar plan to a coup plan after the election of the AK Party in 2002, Turkish agency said. The indictment further alleges that Gen. Dogan, who was uneasy with the AK Party receiving the majority of votes in the Nov. 3, 2002 elections, took the initiative to devise a coup plan, saying that Turkey would lose the “gains of Feb. 28.” On Feb. 28, 1997, the military orchestrated the demise of a coalition government led by a now-defunct conservative party.

The suspects sought to set up a national consensus government after toppling the AK Party based on Article 35 of the Internal Service Code, which stipulates that the duty of the Turkish Armed Forces (TSK) is to protect the Turkish motherland and the Constitution. The plan says the groups who cooperate with the AK Party government, and are defined as reactionary, should be “cleared out.”

The prosecutors state in the concluding section of the document that military officers who attended the 2003 military seminar, at which participants allegedly drafted the Sledgehammer coup plot targeting the AK Party government, were also informed of the meeting's purpose beforehand. One-hundred sixty-two military officers reportedly attended the seminar. Among the 162 officers, there are 25 active generals and 95 retired officers.

Among other Sledgehammer suspects are generals and admirals on active duty, including Gen. Nejat Bek, Vice Adm. Mehmet Otuzbiroglu, Maj. Gen. Ahmet Yavuz, Maj. Gen. Gurbuz Kaya and Rear Adm. Caner Bener. The list of suspects does not include any civilians.

According to the indictment, the coup plotters determined where to deploy all military personnel during and after the planned takeover. The military forces were set to be concentrated in Istanbul and Bursa. The indictment also states that the gendarmerie was to operate in cooperation with the 1st Army. Gendarmerie forces were intended to mobilize every province after the planned coup.

Retired Col. Fikri Karadag, currently jailed as a suspect in the Ergenekon trial, is frequently mentioned in the indictment. His signature appears on a number of Sledgehammer documents. Karadag was arrested in late 2008 on charges of membership in a terrorist organization, namely Ergenekon. Ergenekon is a clandestine criminal organization accused of working to topple the AK Party government. He is also mentioned as a suspect in the Sledgehammer indictment. The indictment alleges that Karadag was assigned to coordinating activities as part of the plan.

The indictment also reveals that a separate sub-plan was devised by the Sledgehammer suspects to “spell the end of civil society organizations.”

A CD seized during the course of the investigation contains information that states, “there are 68,880 NGOs operating in the country and 11,980 of them are based in Istanbul … reactionary groups mostly operate in the form of NGOs.”

The plan also lists further actions to be taken. According to this list, all property belonging to NGOs would be seized, and the administrators of these NGOs would be arrested. However, NGOs that were perceived to suit the coup's needs would only face a change in administrative staff.

Another striking section in the document on the CD details the plan for minorities. The document says the activities of minority educational institutions, hospitals, media outlets and associations would be frozen until further notice. If these institutions were found to be “harmful,” their property would be seized.