The Turkish interior minister said on Tuesday that referendum result has opened the way for a more radical and comprehensive change in the constitution. 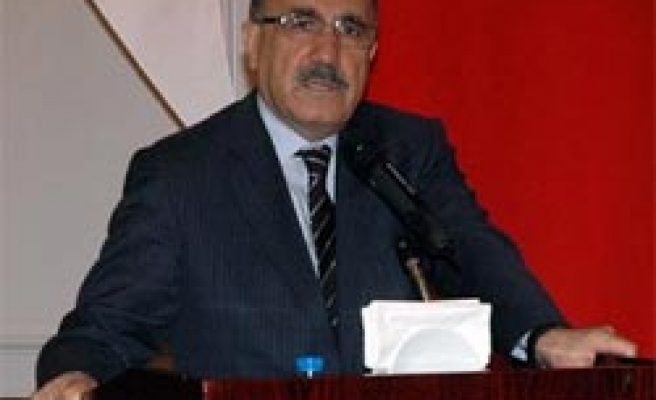 The Turkish interior minister said on Tuesday that the constitutional amendment package approved by majority of Turkish voters at Sunday's referendum has opened the way for a more radical and comprehensive change in the constitution.

Turkish Interior Minister Besir Atalay attended a ministerial conference on "quality and efficiency in the asylum process" hosted by EU's term president Belgium and later held a press conference at the Turkish embassy in Brussels.

Commenting on the result of the latest referendum in Turkey, Atalay said such development created a very positive atmosphere in the country's EU process and it was welcomed by his European counterparts.

Atalay said not only Dink's death, but all the unsolved murders in Turkey's past should be brought to light.

"We will not leave any murders unsolved in this period. We are trying to enlighten them. We are taking into account Hrant Dink's murder in the same way. Everybody should feel comfortable. Everything is in the hands of the jurisdiction and we are ready to extend all the support. We have no protective policies on such matter," Atalay noted.

After the press conference, Minister Atalay departed from Belgium for Turkey.