Turkey's ambassador said they were ready for cooperation with the Egyptian government for the release of a kidnapped Turkish journalist. 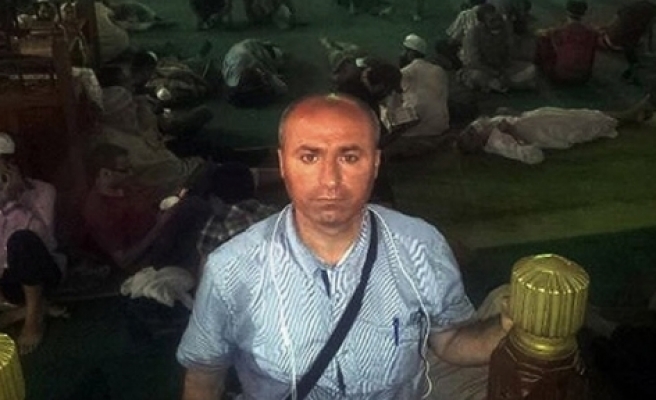 Metin Turan, a Turkish Radio and Television Corporation (TRT) reporter who has been detained in Egypt since mid-August, asked to be released “before the prison turns into a bloodbath,” in remarks aimed at Foreign Minister Ahmet Davutoğlu.

“We are doing whatever is necessary. Our embassy in Cairo is in contact with the Egyptian authorities. We always keep the detention of Turkish citizens on the agenda at every meeting,” said a senior Turkish diplomat, speaking to Today's Zaman on condition of anonymity. The Foreign Ministry continues to receive information on Turan from Egyptian officials.

The TRT reporter broke his long silence on the social networking site Twitter, pleading for officials to “save him.”

Turan was detained on Aug. 17 in Cairo's Al-Fateh Mosque while covering the military crackdown on supporters of deposed President Mohammed Morsi. After being detained by Egyptian security forces on Aug. 18, he was first sent to Egypt's Tora prison complex in northern Cairo and later to the Wadi El Natrun prison complex in southern Cairo, where he is still waiting to be released.

Since then, the Egyptian authorities have extended Turan's detention two times on the grounds that the legal process of his detention remains unfinished. His detention was first extended for 15 days at the beginning of September.

That detention period expires at the end of September. On Monday, the Egyptian authorities were expected to announce whether Turan will be released or his detention time will be extended a third time.

Turkey's ambassador in Cairo, Huseyin Avni Botsali, said Monday they were ready for cooperation with the Egyptian government for the release of a kidnapped Turkish journalist.

Saying he was following closely the situation surrounding the captivity of the Turkish journalist, Metin Turan, Botsali told the Anadolu Agency that he had met Egyptian Foreign Minister Nabil Fahmy.

Turan from Turkey's state broadcaster TRT is held in Wadi El Natrun Prison. The Turkish ambassador said the journalist was allowed to communicate with his relatives and wife.