Turkey's European Union Minister Egemen Bagis said that military coup was not the right way to change a president. Bagis said power of the Muslim Brotherhood in Egypt was deep seated, adding, "If a Morsi is sent away, another will appear." 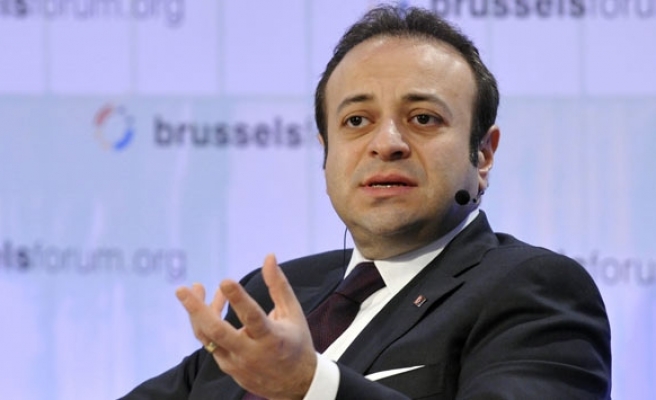 "The European Union cannot name what is already a proper military coup," he told a televised interview on private Turkish news broadcaster NTV, saying such an attitude overshadowed the union's prestige.

Bagis said the coup was not "the right way" to change a president, adding that the Egypt's suspended constitution was the first charter to be approved by Egyptians in the history of the nation.

"There was a president who has been elected by the people. If the citizens were not pleased with him, then the way to change him should have been the ballot boxes not the military coup."

Bagis urged "immediate consensus" to avoid more loss of life. saying an Egypt lacking a legitimate president would be "too risky not only for the region, but all the Muslim countries."

Bagis said power of the Muslim Brotherhood in Egypt was deep seated, adding, "If a Morsi is sent away, another will appear."

Bagis also rejected any comparisons to be made between Turkey and Egypt, saying, "I really condemn those who compare Turkey with Egypt. The living standards in Egypt today is a reminiscent of Turkey in 1960s. It is impossible to draw parallels between economic potentials, army-civilian relations, the capacity to access to information, income levels, and the prosperity in Turkey and in Egypt."

It is the nations will. We rebelled against treason and corruption.