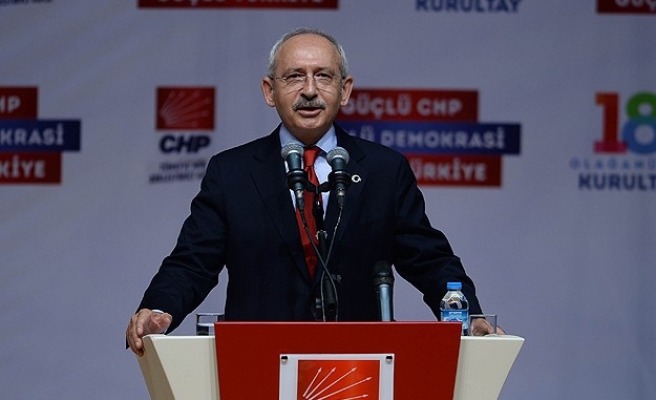 World Bulletin / News Desk
The leader of main opposition Republican People's Party, or CHP, has criticized the government's foreign policy Monday, stating that it had isolated Turkey from the rest of the region.

Speaking at the fifth Istanbul Forum in Istanbul, Kemal Kilicdaroglu accused the government of isolating itself.

"The majority of society is concerned about, both Turkey's and the world's future, and afraid that its children would grow up fearing terrorist groups like ISIL" Kilicdaroglu said.

"All we want is Turkey to be the source of peace and stability in the region as it was in the past,” he added. “The government's zero problem policy with the neighbors has turned into unsolved problems. Today, Turkey is a lone country that has no effect in the region."

"Turkey is also moving away from the European Union (EU) membership which we consider to be inevitable for the country's democracy and economy," he said.

This isn’t the first time the CHP leader argues that Turkey has created problems with its neighbors.

Turkish Prime Minister Ahmet Davutoglu has disputed the notion that Turkey was isolated by highlighting the list of leaders who recently came to Turkey.

"World leaders are pouring into Turkey. What isolation are you talking about?" he had said.

Davutoglu had also blamed the main opposition CHP for supporting Syria's President Bashar al-Assad and those who staged the 2013 military coup in Egypt against the country's first democratically-elected president, Mohamed Morsi.

"We would rather be alone than shaking hands with murderers and barbarians," he had said.