Kılıçdaroğlu put the blame on the Justice and Development Party government for the recent escalation of violence being perpetrated by the PKK in the country. 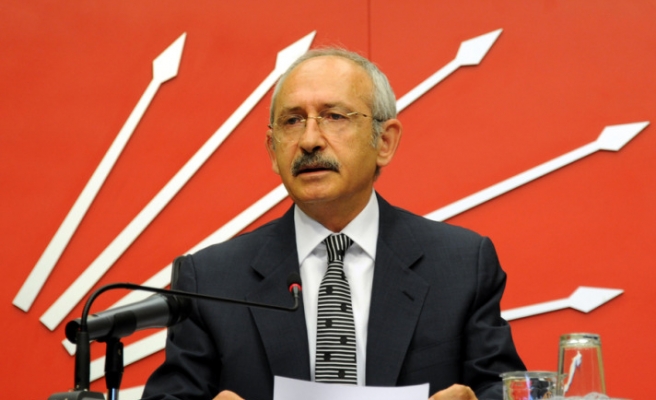 "We do not approve of these talks and we do not think they should happen. These talks are likely to continue," Kılıçdaroğlu told reporters on Monday.

The talks were recently exposed when a secret voice recording of negotiations between the MİT and members of the PKK in Oslo was leaked. The almost 50-minute voice recording revealed that MİT Undersecretary Hakan Fidan attended the meeting as the "special envoy of Turkish Prime Minister Recep Tayyip Erdoğan." At the time, Fidan was serving as the deputy undersecretary of the Prime Ministry and had not yet been appointed as the head of MİT. Deputy Undersecretary Afet Güneş represented the intelligence organization at the meeting. Senior PKK leaders Mustafa Karasu, Sabit Ok and Zübeyr Aydar met with government representatives under the mediation of a representative from an unknown "coordinator country."

In the face of the PKK's recent escalation of violence in the country, Prime Minister Erdoğan signaled on Sunday that the talks had ended. "I would like to openly say that we fight terrorism and negotiate with politicians. Those who engage in politics can talk to us, others cannot," he said referring to the pro-Kurdish Peace and Democracy Party (BDP), which has been boycotting Parliament.

Kılıçdaroğlu put the blame on the Justice and Development Party (AK Party) government for the recent escalation of violence being perpetrated by the PKK in the country.

Kılıçdaroğlu also called on the BDP to end its boycott on Monday and asked the party to join Parliament on Oct. 1, when it returns from summer recess. "I would like them to come and swear in [in Parliament.] Parliament will be lacking a lot [otherwise]," he said.

The BDP has refused to take an oath and join in parliamentary proceedings in protest of the imprisonment of six of its deputies. Thirty-six independent deputies supported by the pro-Kurdish BDP were elected in the June 12 elections. However, six of the BDP-backed deputies are currently under arrest as part of the Kurdish Communities Union (KCK) trial. The BDP made the decision to boycott after the Supreme Election Board (YSK) stripped Hatip Dicle, one of the six jailed BDP deputies, of his mandate over a prior terrorism-related conviction after the June 12 vote.

The CHP leader also met with Palestinian Ambassador in Ankara Nabil Maarouf at his office in Parliament. Speaking to reporters after the meeting, Kılıçdaroğlu said Maarouf came to inform the CHP, which supports the country's recent application at the UN to be recognized as a state, about the latest developments regarding Palestine's statehood bid.