The government is planning to re-write a new constitution in the new legislative term that will begin on October 1. 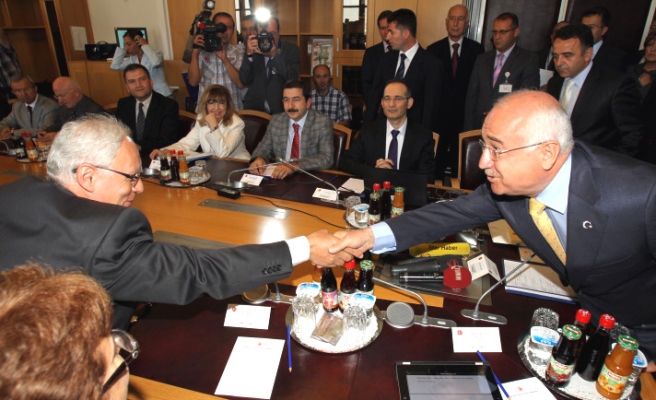 Turkish Parliament Speaker Cemil Cicek met on Monday several lawyer academicians to get their views while preparing the new constitution of Turkey.

The government is planning to re-write a new constitution in the new legislative term that will begin on October 1.

It is impossible to ignore that the current constitution causes many social problems, Cicek said.

When international agreements Turkey has signed, ECHR precedents, and EU membership target were taken into consideration, the current constitution causes several problems in international opinion too, he added.

Cicek noted that preparing a new constitution was a hard process not only in Turkey but also in the world so that it would be natural to experience some problems in the method and content while preparing it.

Cicek noted that the authority and responsibility about the constitution belonged to Parliament.

He added that the Parliament was aware of the importance of active participation of academicians while preparing a full democratic constitution.

Meanwhile, a new web-site "www.Yenianayasa.gov.tr" including all constitutions to this date, amendments, proposals by political parties, vocational organizations and non-governmental organizations, constitutions of the other countries and comments about the new constitution, will be prepared. People will be able to explain their views about the new constitution through the web-site. After being analyzed by experts, those views will be conveyed to the parliament speaker and members of the relevant parliamentary committees.