Turkish media says Syria is top item on the agenda of the meeting. 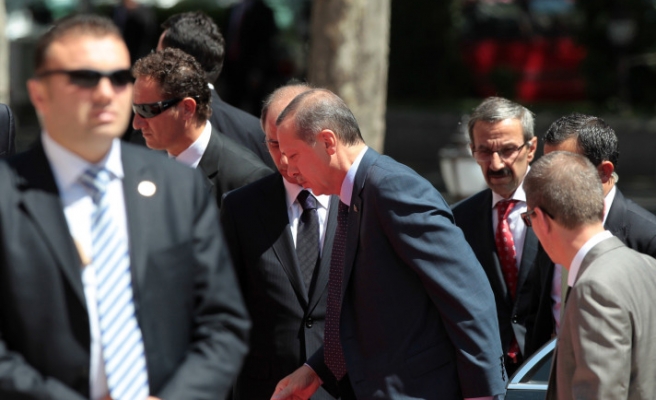 Foreign security matters were discussed at the "general assessment meeting" that took place at prime ministry HQ in Ankara on Monday.

The meeting comes before Turkish FM Davutoglu will go to Syria on Tuesday whose army operations continue to claim lives of civilians in protest areas.

The statement said the participants assessed foreign security matters at the meeting.

Turkish media says Syria is top item on the agenda of the meeting.

After about one and half hour meeting, US envoy Francis Ricciardone came to Prime Ministry building in Ankara. The US envoy met PM's chief adviser Ibrahim Kalın.

Earlier, according to a Reuters news agency report, US Secretary of State Hillary Clinton discussed the ongoing violence and security operations in Syria in a phone call with Davutoglu on Sunday, the State Department said.

Clinton discussed the U.S. position that Syria must immediately return its military to barracks and release all prisoners of concern and asked Davutoglu to "reinforce these messages" with the Syrian government, State Department spokesman Mark Toner said.

Officials with the U.S. Embassy said that Ricciardone met Kalın within the scope of the ongoing consultations on Syria. Kalin and Ricciardone also discussed regional issues in their meeting.

Speaking to reporters after his meeting with Kalin, Ricciardone said they made an "overall assessment about latest developments." Asked whether the meeting was related to the telephone conversation between Clinton and Davutoglu, the ambassador said it was a "follow-up" to it.