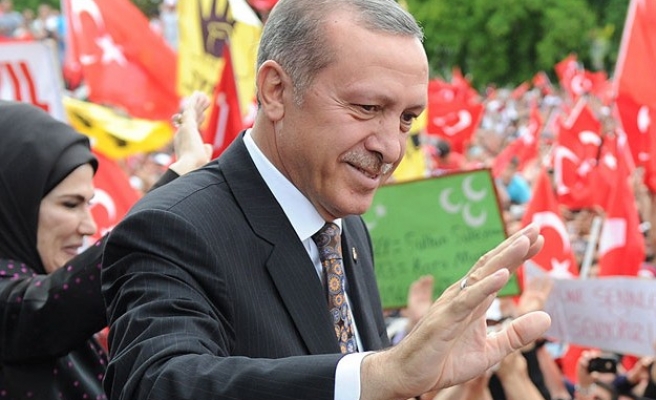 "Normally it is necessary to have at least 20 signatures for a presidential candidate. We got the signatures of all party MPs," Sahin told the crowd, before screening of a film portraying Erdogan in his youth and throughout his political career.

"They called us regressive because we said our prayers," Erdogan said in speech rife with references to his faith in God after the screening of a film portraying him in his youth and throughout his political career.

The pro-Kurdish Freedom and Democracy Party announced Selahattin Demirtas to represent them in the elections.

Prime Minister Recep Tayyip Erdogan will enter the presidential race as the favorite, as opinion polls have already suggested.

Current president Abdullah Gul yesterday confirmed that he would not run for a second term.