Turkish PM hopes to conclude new constitution by first half 2012

Erdogan has said that they would focus on preparation of a new Constitution as soon as the parliament opened on October 1. 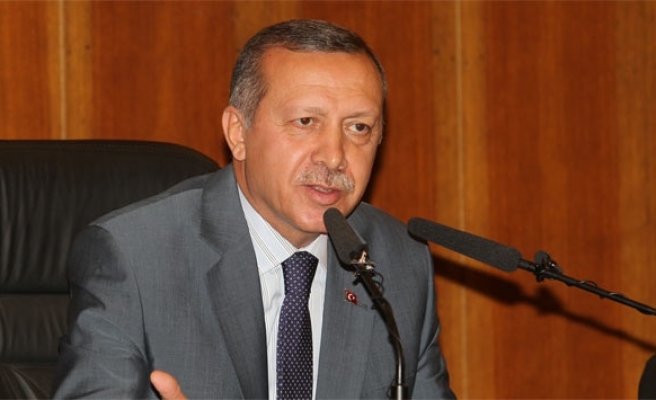 Turkish Prime Minister Recep Tayyip Erdogan has said that they would focus on preparation of a new Constitution as soon as the parliament opened on October 1.

There is broad political agreement in the country on the need to update the constitution, which was written under military tutelage after a 1980 coup, but past attempts to reform it have been plagued by political bickering.

I hope we would conclude this issue in the first half of 2012, added Erdogan who spoke to reporters at Ankara's Esenboga Airport prior to his departure for Macedonia on Thursday.

Regarding Peace & Democracy Party's (BDP) decision to come to parliament to take oath of office on October 1, Erdogan said that if BDP set up a parliamentary group after taking oath at parliament, his Justice & Development (AK) Party would send an appointment letter to BDP to discuss preparations for the new Constitution.

Independent MPs backed by BDP decided on September 28 to end their legislative boycott. They will come to parliament to take oath on October 1 when the Turkish lawmakers gather for the new legislative year. BDP-backed independent deputies refused to sworn in after June 12 general elections when a series of court rulings barred some of its jailed elected candidates from taking their seats.

Political parties which have groups at parliament will start dealing with preparation of a new constitution after the Constitutional Compromise Committee is established.

Erdogan, whose AK Party won a third consecutive term in a June vote but failed to win enough seats to unilaterally pass constitutional reforms, has said he will work with the opposition to write a new charter.

Parliament reconvenes on Saturday after a summer recess. Any constitutional reform would need to be approved in a referendum.

The issue of greater rights for Turkey's minority Kurds is likely to dominate the debate on a new charter, which could spark a nationalist backlash after PKK militants have stepped up attacks.

Other potentially divisive issues include the relationship between religion and the state.