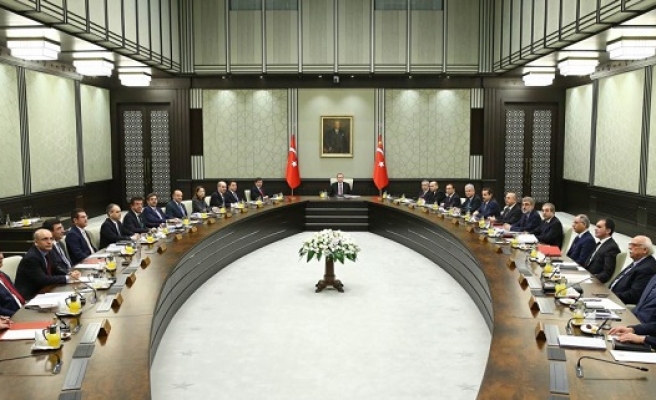 Turkish Prime Minister Ahmet Davutoglu has invited 11 members of the opposition to join an interim power-sharing cabinet to lead the country to a snap election in November, sources in his office said on Wednesday.

The candidates, who include five members of the main opposition CHP and three members each from the nationalist MHP and pro-Kurdish HDP, have until 6:00 pm (1500 GMT) on Thursday to accept or decline the seats, the sources said.

The CHP and MHP have both already said they will not take part, while the HDP has said it is willing. Any seats not taken up by opposition parties will be given to independent candidates from outside parliament, according to the constitution.

Davutoglu was appointed by President Tayyip Erdogan to form the interim cabinet on Tuesday after two months of coalition talks failed to produce a working government. The ruling AK Party, founded by Erdogan, lost its majority in a June 7 election for the first time since coming to power in 2002.

Among the best-known names in the list of opposition candidates for the 26-member cabinet was Deniz Baykal, parliament's oldest deputy, who headed the CHP until 2010 and was deputy prime minister and foreign minister in the 1990s.

Nominees from the nationalist MHP included Tugrul Turkes, son of the party's founder, and Meral Aksener, a former interior minister who fell out with party leader Devlet Bahceli and lost her role as deputy speaker to another MP in the party.