Turkish PM and chairman of the ruling Justice and evelopment Party Erdogan said that PKK wanted the nation to get mad. 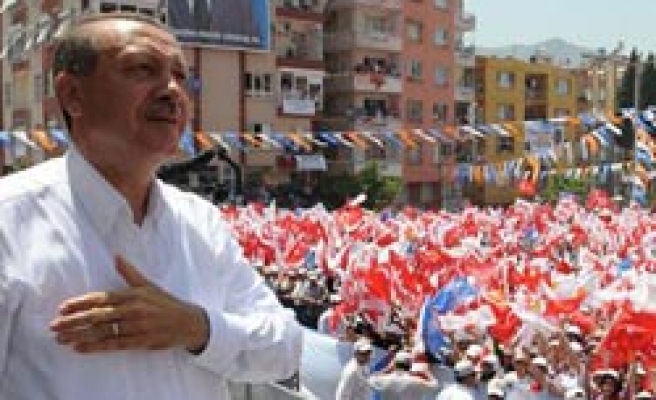 Turkish Prime Minister and chairman of the ruling Justice and Development (AK) Party Recep Tayyip Erdogan said on Saturday that PKK wanted the nation to get mad.

Speaking at his party's rally in the southern province of Hatay, Erdogan commented on the recent PKK attack that killed 4 police officers in Hatay's Dortyol town where protesters clashed each other after the incident.

Erdogan said that PKK not only waged attacks against security forces, but it also targeted the brotherhood and unity in the country.

Pointing to the timing of PKK acts, Erdogan said such incidents took place prior to a vital referendum in Turkey.

"As Turkey is on the eve of taking an important decision for its future, democracy and freedom, some circles try to provoke the nation. This is a scenario, a dirty game and a sneaky trap," Erdogan said.

The Turkish prime minister also noted that the opposition, which should make a call for common sense and deliver responsible statements during such a sensitive period, also desired to provoke the crowds on the streets.

"The terrorist organization hits from Semdinli, Cukurca, Resadiye, Samsun and Dortyol. In the meantime, opposition parties wage an attack from the Turkish capital," he said.

Commenting on the upcoming referendum on the constitutional amendment package as well, Erdogan said people would say "Stop" to the coup constitution and vote "Yes" for the nation's constitution at the referendum to be held on September 12, 2010.