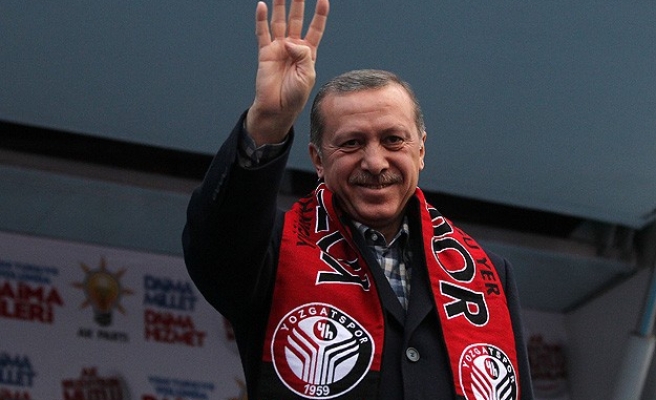 Turkey's Prime Minister Recep Tayyip Erdogan reaffirmed on Saturday that the government will close all private tutoring centers(prep schools) and convert them into conventional private schools.

"The state schools will provide extra tutoring to our children for free on weekends, if necessary," he said.

Privately run low-cost tutorial centers in Turkey act as supplementary education for students who want to enter elite high schools and prestigious universities. Many parents send their children to the centers to better educational opportunities.

Erdogan also said that the results of upcoming local elections will be vital for the future of Turkey and called the elections a "new struggle for independence."

"You will determine the final headline on March 30. You will say whether there should be a halt to the parallel structure within the state," said Erdogan in his address in Sivas, referring to a controversy that a shadow government had been established in the judiciary, police and media that targets the government.

Turkey will go to the polls on March 30 to elect local administrators and city mayors.

"Those dirty hands will not achieve their goals in this country. A proper reply to them will be given without hesitation," he said.

The controversy erupted when a comprehensive anti-graft probe was launched last December and led to arrests of high-profile names close to the government.

Erdogan previously labeled the probe a "dirty plot", carried by a "parallel state within the state" that infiltrated the judiciary and police.