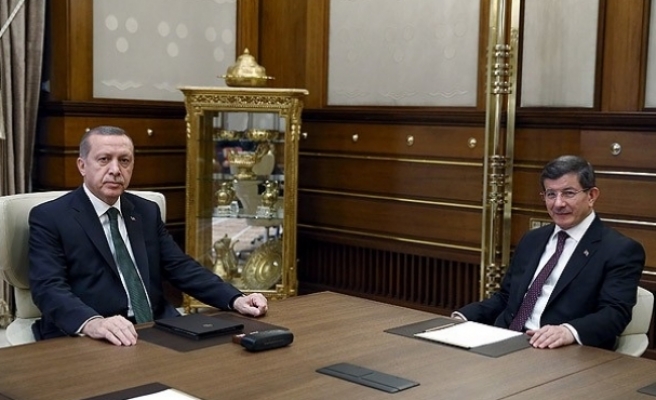 “Hopefully, I will present the new cabinet to our president this afternoon,” Davutoglu told a televised party meeting on Friday. “In one sense, it will be the most concrete step of going to the early polls.”

The prime minister has been working since Tuesday to form a provisional government to run Turkey until a general election rerun on Nov. 1, announced by President Recep Tayyip Erdogan the previous day.

The June election saw a stalemate with no party winning the majority necessary to form a single party government. Coalition talks between ruling Justice and Development (AK) Party and the other three parliamentary parties came to nothing.

All but one party -- the pro-Kurdish Peoples’ Democratic Party -- have refused to join the interim government.

Referring to the interim Cabinet he will head, Davutoglu added, “We will not work in the spirit of an interim government,” but like a full-term, “four-year government”.

Current AK Party ministers will remain in place until the caretaker administration is formed.

There are 25 ministry positions in the Turkish government. Three vital portfolios -- interior, transport and justice -- will be allotted to non-partisan figures while 11 posts were to go to the AK Party with opposition parties supposed to take the remaining 11.