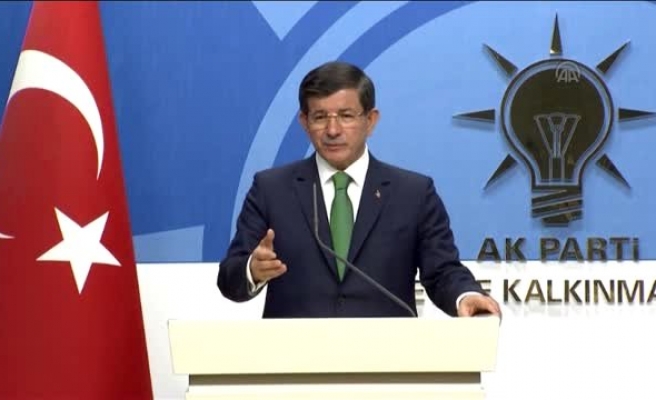 Prime Minister Ahmet Davutoglu urged Turkey's opposition parties to "assume their responsibilities" on Tuesday and join an interim power-sharing government, saying he would offer cabinet posts to their deputies even if party leaders objected.

President Tayyip Erdogan earlier appointed Davutoglu to form an interim government to lead the country to a new election, after two months of coalition talks failed to produce a working government.

Davutoglu has five days to form the interim cabinet and is obliged by the constitution to offer cabinet posts to opposition members. Candidates from outside parliament can fill the posts if the opposition turns them town. Two of the three opposition parties in parliament have already said they will not take part.

The provisional government must be formed within five days of the decision to hold a new election being announced in the official gazette, which has not yet happened.

Due to the CHP and MHP’s refusal to take part, the ten ministries they would have been allocated will likely go to independent figures, leaving 12 portfolios for the AK Party and three for the HDP.

Another three vital ministries - interior, transport and justice - were originally intended for independents.