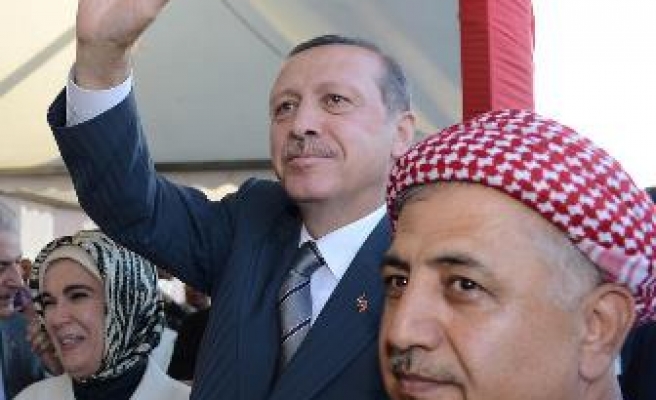 Turkish Prime Minister Recep Tayyip Erdogan on Friday gave assurances that his government will not backtrack in what is publicly known as the"solution process," efforts to solve the country's more than three-decade old Kurdish issue that has claimed over 40,000 lives.

Erdogan said "We will hopefully live together as brothers for ever in the region where we have been living as brothers for a thousand year, by solving the problems, putting all sad events behind, we will build our joint future all together."

Underlining the goal of the solution process, Erdogan indicated that it did not depend on "interests or political gain", the goal was to "stop death of our youth and relieve the pains of mothers and fathers."

Erdogan added that no one must take "wrong decisions over the lives of youth in this country and everyone should consider the youth, mothers and fathers and act accordingly."