Turkish PM vows to hit back at 'parallel state' 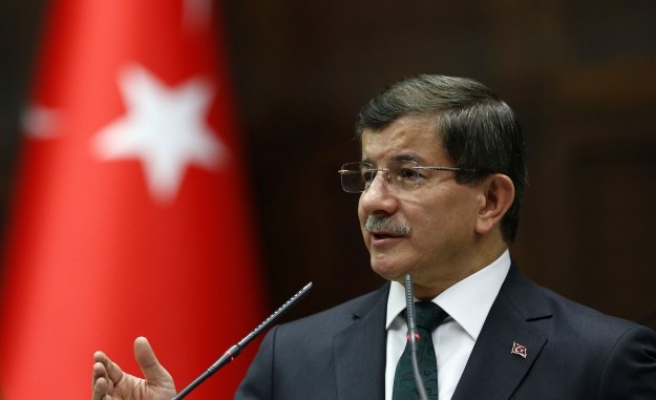 World Bulletin/News Desk
Turkish Prime Minister Ahmet Davutoglu pledged on Sunday to retaliate against anyone who attempts to undermine the Turkish state and government.

He made his remarks after Sunday's Istanbul-based police crackdown on senior Turkish media figures and police officials in 13 cities across the country, which has seen a total of 27 people taken into custody since early morning.

"Those who infiltrated state institutions and wiretapped the president and prime minister must know that their actions have consequences," he told a provincial congress of the Justice and Development, or AK, Party in southeastern Adiyaman province.

The prosecutor's office ordered the detention of 32 people, including Turkey’s Zaman daily editor-in-chief Ekrem Dumanli, on charges of forgery, fabricating evidence and forming an alleged crime syndicate to harm the sovereignty of the Turkish state.

All the people detained so far have been alleged to be linked with the U.S.-based cleric Fethullah Gulen and his Hizmet movement, which the government has described as a parallel state since late last year.

"Once they declared war on the country's elected ruling party through hidden hands controlling the bureaucracy in disguise of 'service to people,' everything changed," Davutoglu said.

The premier also said this parallel state even made an attempt to organize an operation against the government by infiltrating Turkey's national intelligence agency, MIT.

He added that police linked to this movement stopped Turkish humanitarian aid trucks carrying aid for civil war-ridden Syria in January, on the alleged grounds that they were loaded with ammunition.

"We have an obligation to defend the national will that was consigned to us till the very end," he added.

The government then denounced the December probe as a "dirty plot" constructed by a "parallel structure," an alleged group of bureaucrats embedded in the country's institutions, including the judiciary and the police.

Since then, hundreds of police officers have been detained on charges of eavesdropping on Turkey's top officials, disclosing highly-sensitive information, forming an organization to commit crimes and being a member of this organization, violating privacy, illegally seizing personal information and forgery of official documents.