Turkish political parties have submitted their final list for candidacy ahead of the November 1 snap elections. 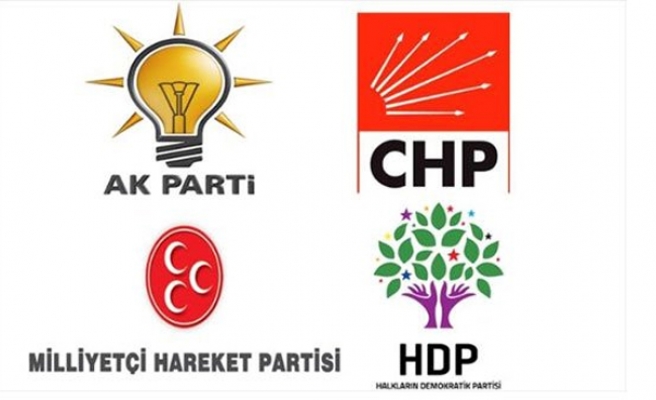 Turkish political parties have submitted their final candidate lists to the Supreme Election Board (YSK) on Friday. There have been no major changes to the candidate lists.

The governing Justice and Development Party (AK Party), has renewed its candidate list with changes, in particular in the eastern and southeastern regions. A number of criterion was also introduced including deputy candidate was to be born and raised in the region and also to be known in the region.

The AK Party, have removed a longstanding party bylaw at the party's recent general congress, which prevented AK Party members from holding a post for more than three consecutive terms.

The AK Party received more than 3,000 applicants, while the CHP received over 500 and the Nationalist Movement Party (MHP) received nearly 2,000.

Murat Ozcelik, the Vice Chairman of the CHP Party was not nominated for deputy candidacy.

HDP Istanbul deputy, Levent Tuzel a former leader of the Labor Party, who had earlier refused to take part in the interim government, announced in a speech after the list announcement, said "I was excluded from the list as I did not accept the ministerial duty.This stance of HDP should be condemned while we are in such a struggle for democracy against dictatorship."