Turkey's president expresssed his backing on an amendment of Article 35 of the Turkish Armed Forces Internal Service Law to end coup excuses. 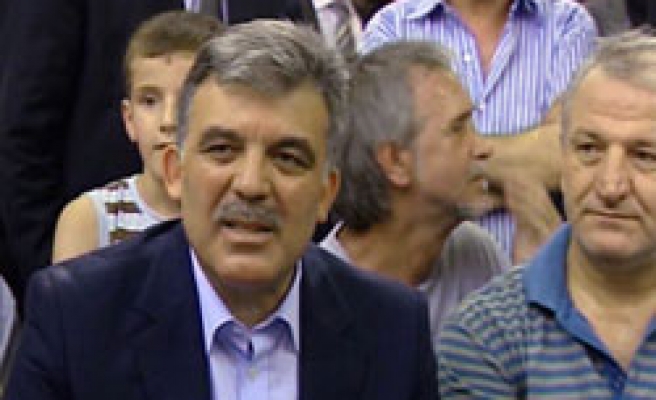 Turkey's president expresssed his backing on an amendment of Article 35 of the Turkish Armed Forces Internal Service Law to end coup excuses.

Turkey's president said on Friday that Article 35 of the Turkish Armed Forces (TSK) Internal Service Law should be amended in a way that would prevent misunderstandings and exploitation.

Replying to a question on Republican People's Party (CHP) chairman Kemal Kilicdaroglu's latest proposal to annul Article 35 of TSK's Internal Service Law, which was also backed up by Turkey's Parliament Speaker Mehmet Ali Sahin, Turkish President Abdullah Gul said such article was sometimes exploited, and therefore, the parliament should discuss it once its summer recess ended.

"Since the main opposition party, the ruling party and other parties agree on the amendment of the article, I also believe that such article should be re-written and amended in a way that would prevent any misunderstandings and exploitation that might take place in the future," Gul said.

Anadolu news agency quoted Gul as saying that the article did not actually grant authority to anybody, but it could be interpreted in different ways from time to time.

"Therefore, in order to prevent such a thing, I believe the article should be amended and written again in a more clear way," the president noted.

"This article can be reviewed just like all our democratic standards that are going under a review," Gul added.

The Article 35 of TSK's Internal Service Law includes a provision saying, "TSK's duty is to protect the Turkish homeland and the Republic".

Turkey's main opposition party CHP's chairman Kemal Kilicdaroglu recently proposed that the article should annulled as it was shown as a pretext for the military intervention of September 12, 1980.