Turkish president: political tension to calm down after referendum

The Turkish president said that the current political tension in Turkey would calm down after the upcoming referendum. 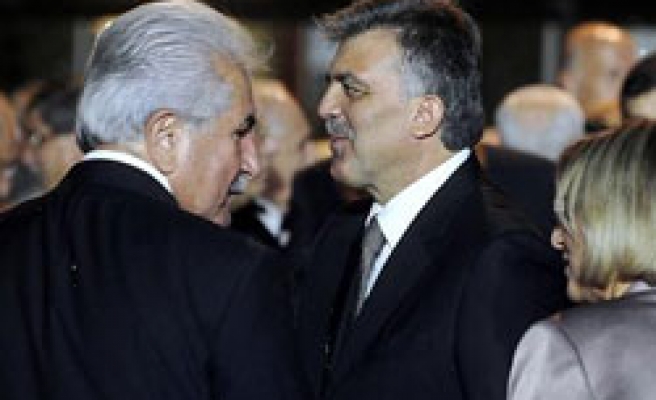 The Turkish president said on Monday that the current political tension in Turkey would calm down after the upcoming referendum.

Speaking to reporters during the August 30 Victory Day reception held at the Central Officers' Club in capital Ankara, Turkish President Abdullah Gul said, "The atmosphere will calm down once the referendum ends".

Gul said everybody would assess Turkey's major matters in a calmer way after the referendum.

"These days, every single thing inevitably turns into a matter of conflict as ballot boxes are in question. Let us wait for a while and see what happens," the president noted.

Turkey is set to vote for the referendum on a government-backed constitutional amendment package scheduled for September 12, 2010.

The proposed reform package abolishes the provisional article 15 of the constitution which does not allow trial of the members of the National Security Council formed after the military coup in 1980, the ban on right to general strike; and paves the way for a citizen to become a member of more than one union, and the civil servants and other public officials the right to collective bargaining.

It also allows for trial of parliament speaker, chief of military staff, and senior army commanders by the High Tribunal on charges of crimes they commit regarding their positions.