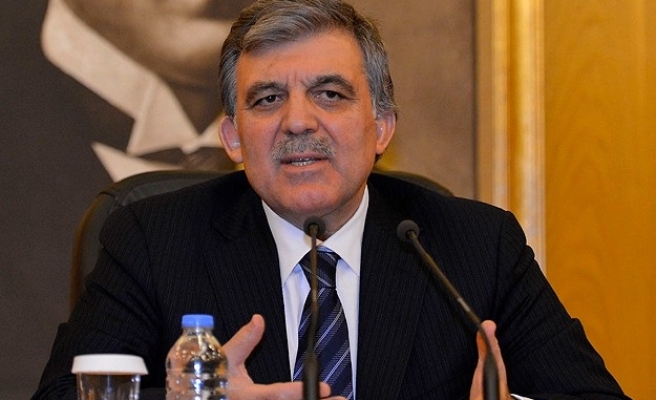 Turkish President Abdullah Gul responded on Wednesday to critical comments on deposals in the Turkish judiciary and police force after meeting with Romanian President Traian Basescu in Ankara.

The Journalists and Writers Foundation (GYV), whose honorary chairman is Turkish cleric Fethullah Gulen, called on Abdullah Gul to intervene in the emerging developments in the country after the December 17 anti-graft opeations.

Hundreds of police and judiciary officers have been dismissed or reassigned since the operation.

Responding to the 'duty debate', which was started by the GYV, President Gul said "Am I not on duty right now? My statements, interventions and contacts are being conducted in front of the public."

The Hizmet Movement, which is led by the US-based congregation leader Fethullah Gulen, is accused of trying to provoke tensions in the relationship between Turkish President Gul and Prime Minister Recep Tayyip Erdogan.

Fethullah Gulen is also blamed by the government for plotting against the AK Party by bringing up "groundless" corruption charges.

The group is a key suspect behind 'parallel state' claims, which is accused of being behind the December 17 police operation against government loyalists as well as a number of operations against the Turkish National Intelligence Agency (MIT).

Furthermore, the Romanian president is expected to attend the opening of the Turkey-Romania Economy and Investment Summit on Thursday.