The former head of the Organisation of Islamic Cooperation Ekmeleddin Ihsanoglu said he wants to fight polarization in Turkish society. 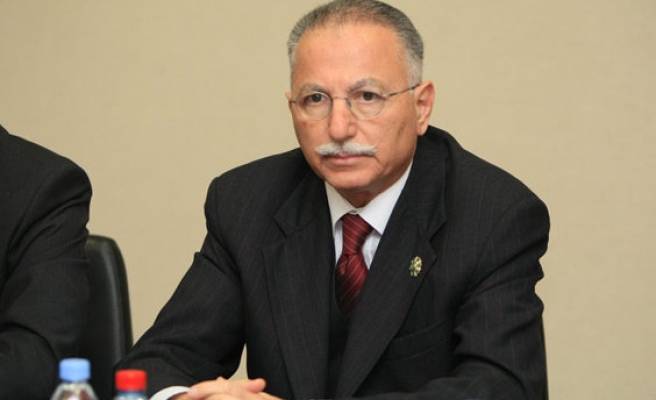 Ihsanoglu said he was the presidential candidate of all political parties in Turkey, claiming he was not close to any of them but was not distant from them either.

In an unprecedented move in Turkish history, on August 10, Turkey will elect a president by popular vote.

"There are many politicians and technocrats in each political party working with honor and honesty. I have a handful of seeds. I’d like to plant them. I want to see love. If I plant love, it will sprout," Ihsanoglu said.

Claiming that another 'seed' that he wants to plant is 'respect' the scholar and former head of the Organisation of Islamic Cooperation said: "Everyone in Turkey has some kind of prejudice against each other, and opinions are polarized.

"Disrespect hurts everyone in society. That's why if I am elected president, I will try to heal deep wounds in terms of respecting each other. Let the law judge people, let the people trust in law. No one is superior to the law. No one can be termed as guilty until he is convicted," he said.

When asked by journalists his opinion about the Gezi Park protests and his tweets about Berkin Elvan and Ali Ismail Korkmaz, who both lost their lives during the last summer's protests, Ihsanoglu replied: "I believe that young people who came to Gezi Park on the first day are very patriotic."

"It would be different if young people were approached with dialogue instead of tear gas or stick. We need to establish a dialogue with them, not marginalize them," he added.