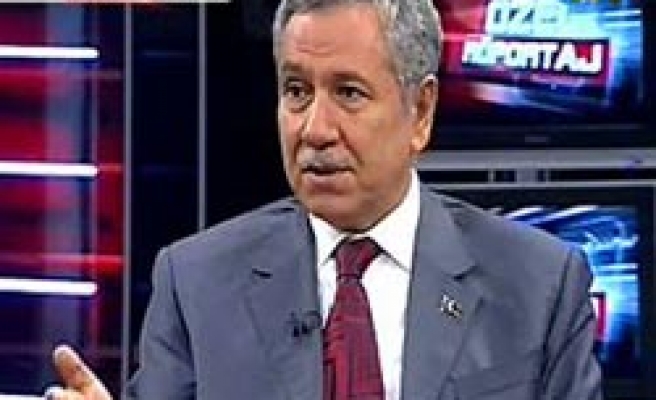 In an exclusive interview in a private channel, Arinc criticized the stance of chairman of Republican People's Party (CHP) Kemal Kilicdaroglu, noting "humor magazines are better than Kilicaroglu's criticisms. I expect prudence of the humor magazines to reflect to the statements of Kilicdaroglu."

Asked to comment on the range between the "yes" and "no" votes in the referendum, Arinc said, "there should be a significant range. I think it should not be less than 10 points."

Referring to promotions that took place in the latest Supreme Military Council, Arinc said, "although the prime minister, national defense minister and the President have the right to oppose to the promotions, it is not logical to show this as an extraordinary crisis."

Arinc also underlined independence and impartiality of the jurisdiction and noted that structure of Supreme Council of Judges and Prosecutors (HSYK) would change in case the Constitutional Amendment package is accepted.

Responding to another question Arinc said it was not possible to delay 2011 general elections noting it was possible to hold it before the planned time. "July 22 was not a good date. It is more natural to hold the elections in March, April, May, September, October, or November," he said.

When recalled that there were news reports that acts of violence would escalate after August 15 and asked if the government had any information on the matter, Arinc said security summit took place from time to time, "however, we have not discussed such a report or what we should do basing on that report. This is the duty of intelligence organizations and interior ministry. They should analyse it."

Arinc said he earlier expressed his concerns that PKK ended inaction and announced it would launch actions. "As a result of this incidents which saddened everybody took place. Some of them took place in provincial centers, oil pipelines and rural areas. We had suffered much and continue to suffer. We have concerns that the incidents will continue."

"We will always be ready even if they say they will lay down arms. We will take all necessary measures," Arinc said.