A group of people including MPs, writers, journalists and artists, filed a series of lawsuits against the coup perpetrators. 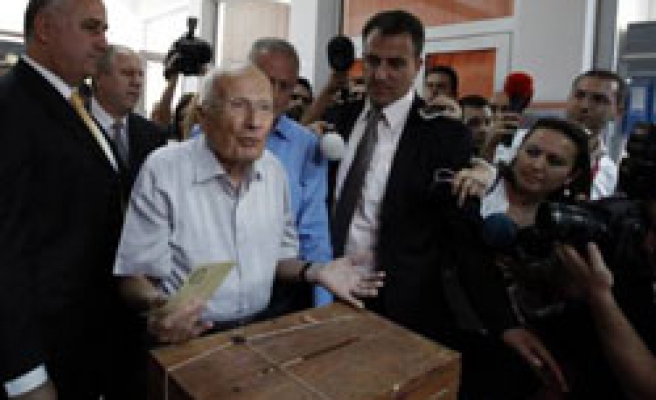 Turkish rights groups launched petitions on Monday to try ex-President Kenan Evren, a former general, over his role in a 1980 coup, a day after Turks voted to approve reforms that removed his immunity.

The referendum on a constitutional reform package on Sunday took place on the 30th anniversary of the coup led by Evren, now an ailing 93-year-old.

A group of people including MPs, writers, journalists and artists, filed a series of lawsuits against the coup perpetrators, including the ones who are responsible for the coup d'etat in Turkey on September 12, 1980.

After the military seized power, about 50 people were executed, hundreds of thousands were arrested, many were tortured, hundreds died in custody and many disappeared.

Prime Minister Tayyip Erdogan reminded Turks of the repression that followed the military takeover as he campaigned for approval of the reforms, which rewrite a charter first drawn up when the generals held sway.

Erdogan promoted the reforms as a way to strengthen democracy, press Turkey's bid for membership of the European Union and ensure the army never dares overthrow another elected government.

Turkey suffered three coups between 1960 and 1980, and in 1997 the army forced an Islamist-led government to resign.

The first complaint made by 'It is not enough, but yes" platform in Istanbul's Besiktas Court.

The group said in a statement, "On September 12, 2010, people have to seize power of the state. 50 years of coups history has ended. 30 years later, we have a chance to make terms with September 12 coup."

Former state prosecutor Sacit Kayasu, who was removed from his post because he prepared an indictment against coup leader Kenan Evren, said there is no obstacle to the start trial as temporary Article 15 is removed with the referendum.

Kayasu, said "we are not after an avenge, only want to see the offenders to be punished."

"Young Civilians", one of the Turkish non governmental organizations, also opened a criminal complaint against coup makers in Bursa.

Equality and Democracy Party (EDP) Izmir Branch filed a criminal complaint against ''the makers of the September 12 coup" as well.

"US role in coup"

Evren has defended the coup, saying military intervention was needed to bring an end to years of violence between left-wing and right-wing factions in which about 5,000 people were killed.

Among the 26 amendments approved by the plebiscite was a measure annulling an article blocking legal action against Evren and other leaders of the coup.

Some legal experts have argued that a statute of limitations would prevent the coup leaders being put on trial.

Evren became president in the wake of the coup, a position he held until 1989.

He came to Ankara to vote in Sunday's referendum.

It is common currency among Turks that the U.S. Central Intelligence Agency played a part in destabilising Turkey in the late 1970s to pave the way for a military takeover in its frontline Cold War ally.

Surveys show an abiding mistrust of the United States in Turkey, partly because of perceived meddling in Turkey's internal affairs in the past.

About 58 percent of Turks voted in favour of constitutional reforms proposed by the government. Opponents had argued that some of the changes would result in the AK Party gaining influence over the judiciary.