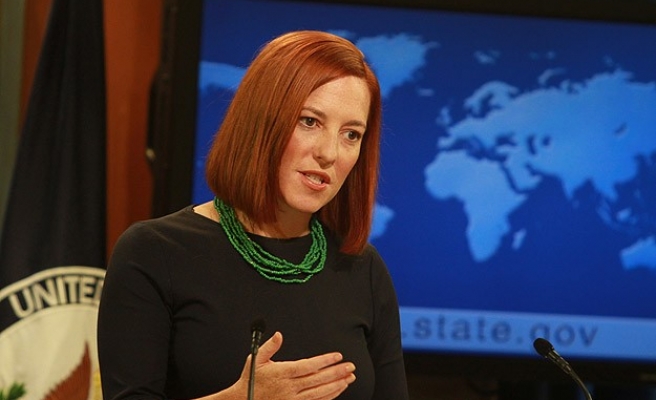 A total of 27 people have been taken into custody since the operation began. Among those arrested are Turkey’s Zaman daily editor-in-chief Ekrem Dumanli, Hidayet Karaca, chairman of the Samanyolu Media Group, Producer Salih Aslan and Director Engin Koc of Samanyolu TV, and Makbule Cam Alemdag, a scriptwriter of a TV series for the network.

“It appears that media outlets that have been openly critical of the current Turkish government are among the targets of these actions by Turkish law enforcement,” State Department spokeswoman Jen Psaki said in a statement.

“Media freedom, due process and judicial independence are key elements in every healthy democracy and are enshrined in the Turkish constitution,” she added. “As Turkey’s friend and ally, we urge the Turkish authorities to ensure their actions do not violate these core values and Turkey's own democratic foundations.”

All the people detained so far are alleged to be linked with U.S.-based cleric Fethullah Gulen and his Hizmet movement, which the government has described as a parallel state.

During public remarks Sunday, Turkish Prime Minister Ahmet Davutoglu pledged to retaliate against anyone who attempts to undermine the Turkish state and government.

“Those who infiltrated state institutions and wiretapped the president and prime minister must know that their actions have consequences," he told a provincial congress of the Justice and Development, or AK, Party in southeastern Adiyaman province.

The government denounced the December probe as a "dirty plot" constructed by a "parallel structure," an alleged group of bureaucrats embedded in the country's institutions, including the judiciary and the police.

Since then, hundreds of police officers have been detained on charges of eavesdropping on Turkey's top officials, disclosing highly-sensitive information, forming an organization to commit crimes and being a member of this organization, violating privacy, illegally seizing personal information and forgery of official documents.