The US and EU have both addressed concern regarding the length of, and the way in which, the trial was conducted, saying they will follow developments and reports. 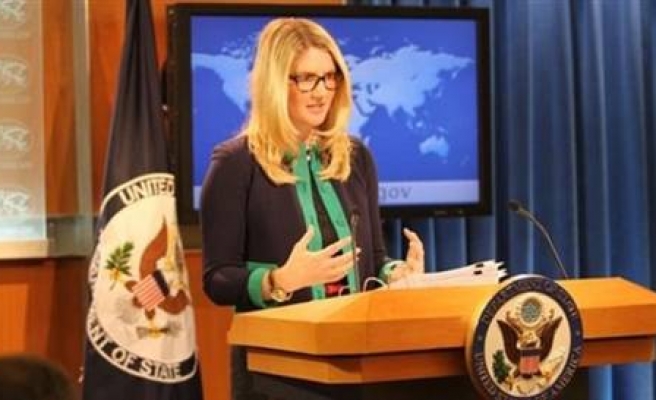 Deputy Spokesperson of US Department of State Marie Harf said the US was following the media reports of the Ergenekon verdict, referring to the Turkish court decision in Ergenekon trial.

Harf said, "Many Turkish citizens have expressed serious concerns regarding the length and lack of transparency of the trial process and the manner in which these verdicts and sentences were reached."

Stating that they were folowing the media reports of the verdict and the severity of the sentences in the case which were being handed down by the special court in Istanbul, Harf said, "I understand that Turkish law allows these verdicts to be appealed. So we won't comment on any eventual outcome from an appeal, but we'll continue watching that process."

The European Union avoided commenting on the recent verdict of Turkish court in ‘Ergenekon’ trial, a coup plan which has led to serious criminal charges against military officers and nationalist circles.

The European Commission expressed, in a statement, concern over the verdicts and said all the developments concerning 'Ergenekon trial' were closely followed.

"EU does not comment on the substance of individual court rulings, but on the way the judicial process is carried out in Turkey, as a candidate country, in the light of European standards. In this context, the Commission has indicated on a number of occasions its concerns over the rights of the defense, the lengthy pre-trial detention and the excessively long and "catch-all" indictments [indictments that are too general],” said the statement.

As the statement pointed out, judicial proceedings need to be sped up and the rights of the defendants should be properly ensured in order for Turkey to have compliance with EU standards.

An Istanbul high criminal court on Monday announced its verdicts on 275 suspects of the six-year-long Ergenekon trial, who were accused of plotting to depose the Justice and Development (AK) Party government, ruling prison sentences of up to two counts of life imprisonment to some and acquitting 65 others.

The court convicted Turkey's former Chief of Staff retired general Ilker Basbug of attempting to overthrow the government and sentenced him to life in prison.

Basbug was the most prominent defendant among 275 people facing verdicts on Monday.

The defendants are accused of plotting high-profile attacks that prosecutors said were aimed at sowing chaos in Turkey to prepare the way for a military coup, and of being part of an alleged organization called Ergenekon, taking its name from a legendary valley in Central Asia, the ancestral homeland of Turks.

US is concerned about verdict and Turkish people. This case was appealed in European Court of Human Rights and ECHR stated there is strong evidence for this case and approved Turkish court proceedings.People who are jailed, some killed supreme court members, Christian priest to cause unrest in country. Was US concerned then ?