Turkish PM Erdogan slammed international community and the Islamic world for their silence upon the recent violence against the Egyptian people, as they did against military coup 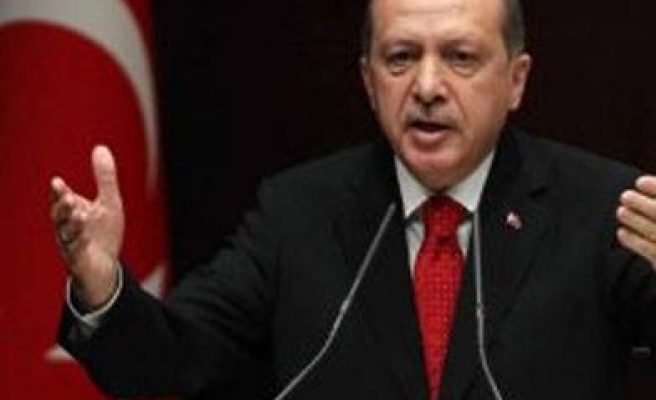 Turkish Prime Minister Recep Tayyip Erdogan said on Saturday that "We will not keep quiet against the incidents in Egypt, even if all the world does so. Democracy and national will have been massacred in Egypt. Now it's the Egyptian people being slaughtered. We will let it be heard globally."

Attending an iftar organization by the All Turkish Industrialists' and Businessmen's Association (TUMSIAD) in Istanbul, Turkish PM Erdogan commented on the recent attack in Egypt where the Egyptian army opened fire at the anti-coup protesters in Cairo's Rab'a Al-Adaweya Square late Friday.

Erdogan also denounced the international community continuing an obstinate silence in the face of the military coup in Egypt and the following incidents.

"Those who kept silent in the face of the massacre on the Egyptians' national will, now remain silent again as the Egyptian people are being slaughtered. Now I ask: Where is Europe, where is the EU, where are the European values, where are those who dare to teach democracy everywhere? Where is democracy and democratic values? Where is the United Nations?" he stressed.

Turkish Premier reiterated his criticism of the international community, displaying a double-standard attitude against the incidents in Egypt.

"Those who made a fuss when Turkish police used water and tear gas legally and rightfully, where are they now in the face of the military coup and recent massacre in Egypt?"

Erdogan called upon the Islamic world to take a resolute stance against the military coup in Egypt and the violence against civilian people protesting the coup peacefully.

Regarding the early Saturday attack in Somalia, Erdogan expressed his sorrow upon the death of a Turkish police officer and wounding of 3 others, decrying the suicide attack aiming at the Turkish Embassy.

"We had bad news from Somalia today. The staff building of the Turkish Embassy in Mogadishu came under a bomb attack, unfortunately killing one Turkish police officer and wounding 3 other Turkish citizens. The perpetrators of the attack are so-called Muslims. What is their target? Turkish Embassy. Why are they doing this? As we provide service to our brothers and sisters in Mogadishu, Somalia," noted Erdogan.

Turkish Deputy Prime Minister Bulent Arinc also remarked on the Egyptian army's attack on anti-coup protesters, saying "We are in solidarity with the Egyptian people. Let's pray for the wronged and aggrieved Egyptian people to set free of the chaos as soon as possible. Let's rapidly do, as Turkey, whatever we can via diplomatic means."

People do not need any more lectures from this Neo-taliban. His actions have left 4 people dead and 8000 people injured. He is a criminal and must be tried as one.