US, Europe and Asia herald return of single-party government to Turkey after Justice and Development Party (AKP) win 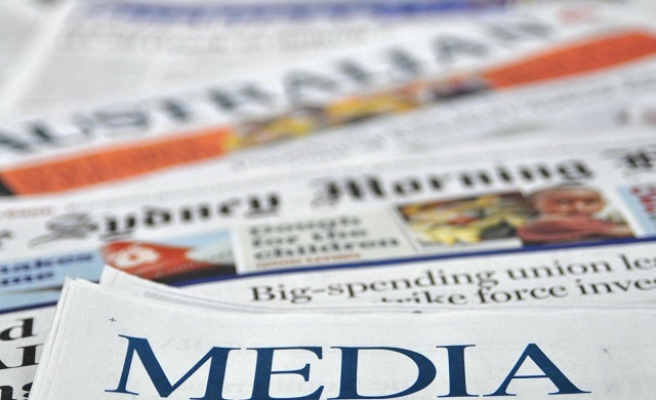 U.S. and European media outlets described the result of Turkey’s general election as a landslide for the country’s Justice and Development Party (AKP).

The party clinched victory after securing over 49 percent of the vote in Sunday’s poll -- a rerun of June’s election that saw no party win a majority.

Writing that the party “was likely to be able to form a single-party government once more”, the Washington Post newspaper described the result as a “considerable political coup” for President Recep Tayyip Erdogan -- one of the party's founders.

Bloomberg said the AKP had “swept back into office" in an election that strengthened the party's 13-year rule.

The Associated Press reported that AKP supporters were already waving flags in rapturous celebrations at the party's Ankara and Istanbul headquarters.

“The results suggest that AKP's gamble to hold new elections has paid off,” the agency reported.

Meanwhile, the Wall Street Journal wrote that the party “stormed back to power Sunday by regaining the seats it lost”.

“The results suggested that Mr. Erdogan and the campaign message that one-party rule was the only way to address growing security concerns had resonated with voters who had turned away from them in June,” the paper wrote.

According to the New York Times, the snap election “represented a stunning electoral comeback". It added: “The victory, at the same time, seemed to validate Mr. Erdogan’s electoral strategy of turning more nationalist and taking a harder line with Kurdish militants in the southeast, where a long-running war resumed in recent months.”

In Germany, public broadcaster ARD said the surprise victory was due to the decline of smaller parties. Popular daily newspaper Bild carried the headline “Erdogan wins victory” on its website, saying that the weakness of opposition parties had played an important role in the party’s victory.

French news agency AFP said the AKP had succeeded “against all odds” to regain the absolute majority lost five months ago.

“Turkey: Erdogan’s triumph” was the headline in daily Le Point.

The BBC quoted Prime Minister Ahmet Davutoglu as saying the result was a “victory for our democracy and our people”.

The Guardian newspaper headlined its online story with “AKP returns to power with outright majority”.

NOS TV in the Netherlands reported the AKP had regained the losses made in June while the Volkskrant newspaper said party won nearly half of the 99 percent of votes counted.

According to Greece’s To Vima newspaper, the election saw Erdogan return to dominate Turkish politics.

“The Justice and Development Party has recovered the absolute majority the polls refused it five months ago,” Spanish newspaper El Mundo reported, while ABC TV’s website carried the headline: “Erdogan gets an absolute majority and Kurds remain in parliament”.

Le Repubblica in Italy reported the party won a “clear majority” and highlighted the high turnout.

“The triumph of Erdogan's party” was the headline in Switzerland’s Tribune de Geneve. The newspaper described the win as “brilliant revenge” following June’s result.

Bosnian TV channel Hayat reported a “great victory” for the AKP on its website while biggest-selling daily Dnevni Avaz said the party could rule alone thanks to its majority.

Various media outlets in Russia, Central Asia and the Caucasus also described Turkey’s election as the victory of the AKP.

Vedomosti, a Russian-language business daily, reported that the AKP gained enough seats in parliament to form a single-party government. The daily also covered Davutoglu’s call to form a new constitution.

Moscow-based Russian news site Gazeta.ru cited Erdogan saying that everybody should respect to the election results.

Another Moscow-based daily, Moskovskij Komsomolets, wrote that the AKP had regained its status [majority at the parliament] which it lost at the June 7 elections.

The Russian-language daily newspaper Kommersant wrote that the election results would have a positive impact on Russian-Turkish relations.

In Azerbaijan, daily newspaper Yeni Musavat described the Nov. 1 election as “critical” and added that AKP gained almost 50 percent of the votes.

In Kyrgyzstan, official news agency KABAR wrote that the AKP’s main aim, after the election victory, was to form a new constitution as well as to find a solution for the situation of the more than two million Syrian refugees that the country hosts.