Main opposition party held a fast-breaking dinner for citizens of Turkish origin in the state of Victoria. 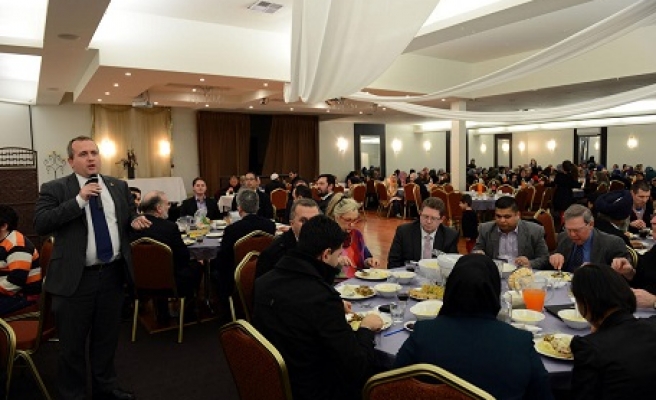 The Liberal Party of Australia hosted an iftar dinner on Sunday for the Turkish community living in the southeastern state of Victoria.

The dinner, attended by senators, state MPs, Liberal Party officials, and 300 guests, was organized by the Victoria division of the party at Australia Nur Centre.

"I had a wonderful time; it is a privilege to be here," Tony Snell, the party's Victoria President, told the Anadolu Agency. "I had an opportunity to meet new people, as well. It was a beautiful evening."

The Liberal party candidates for Victoria each made an appearance at the event and were introduced to Turks attending the dinner.

Liberals are getting ready for the September 14 general elections against the main opponent Labor Party, which has governed Australia since 2007 under recently reappointed Prime Minister Kevin Rudd. Rudd served as premier between 2007 and 2010 before losing his party's support and leaving his post to Julia Gillard.