Alraid local office in Crimea arranged a joint iftar for the members of Religious Administration of Muslims of Crimea, Crimean Tatar Majlis. 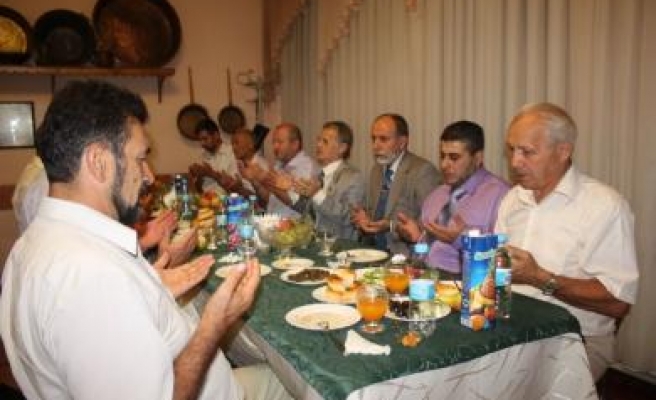 The AUASO “Alraid” local office in Crimea arranged a joint iftar (the fast-breaking meal) for the members of Religious Administration of Muslims of Crimea, Crimean Tatar Majlis and crimean social organisations last Friday.

More than 70 people attended the event, namely the Mufti of Religious Administration of Muslims of Crimea Emirali-Hajji Ablaev, Head of the Crimean Tatar Majlis and The Council of Crimean tatar Nation Representatives Moustafa Jamilev, their deputies and staff together with representatives of social organisation for women and youth.

Head of the AUASO “Alraid” local office in Crimea Ali Mohammad Taha performer the role of the host of the party.

After the call for the evening prayer everyone broke their fast with dates and water, and then performed a collective evening prayer. They also made dua’s for peace and wealth for each and every Muslim and the whole people in general.

After the prayer the guests enjoyed tasty Eastern food and discussed topical issues for Crimean Muslims and the ways of solving some problems faced by the latter.

The All-Ukrainian Association of Social Organisations «Alraid», created in 1997, is a first union of Muslim NGOs in Ukraine now containing 20 of them in different regions of the country.