Fasting where the sun doesn't set

In northern parts of Scandinavia where the sun does not set in the summer, Muslims have to resort to an alternative way of fasting. 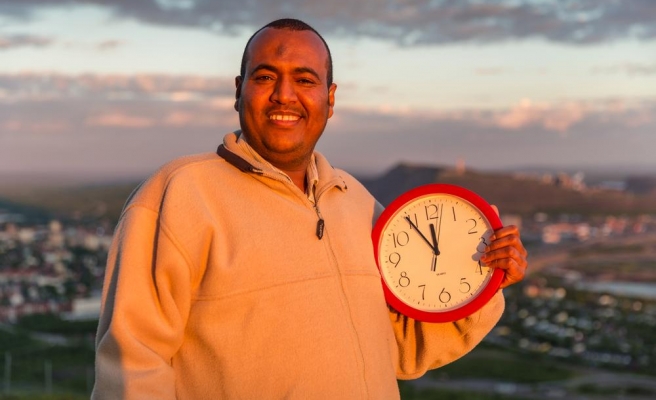 Muslims all around the world are fasting through the holy month of Ramadan, a month in the lunar calendar when Muslims stay away from eating and drinking from the onset of dawn till sunset.

However, in northern parts of Scandinavia where the sun does not set in the summer, Muslims have to resort to an alternative way of fasting. However, the Muslims living in these places have found a way around it.

Around 700 Muslims in the Arctic city of Sweden's Kiruna lack a local religious body to dictate the necessary rulings to them, so while some opt to fast according to the times of Islam's holiest city Mecca, which they consider a default alternative, others tend to fast according to the times in Stockholm, where the sun actually sets, albeit for a few hours before it rises again.

The opposite scenario is encountered in the winter, where for two week the sun does not rise. Not only does thing affect fasting, but it also affects prayer times, as in Islam the five daily prayer times depend on the positioning of the sun. In this case, Muslims follow the prayer times of the nearest location where the rule is applicable.

Evening prayers during the day

Dear muslim BrothersYou are fasting in that part of the world where sun doesn't set. It is so great. I think Allah will be more happy with u, as u r practising fasts within Geographical odd circumstance. Allah shall be directing angles to shower his blessings on you people 24 hours. Please make special prayer for the success, peace, prosperity, good health for the whole muslim umah of the world. during Breakfast time- AmeenWasalamKhurshid Qasba

Eid Mubarak. May Allah blessings be with you today, tomorrow and always.
Facebook
856.3B
Twitter
0
POOLAll Pools
PRAYER TIMES