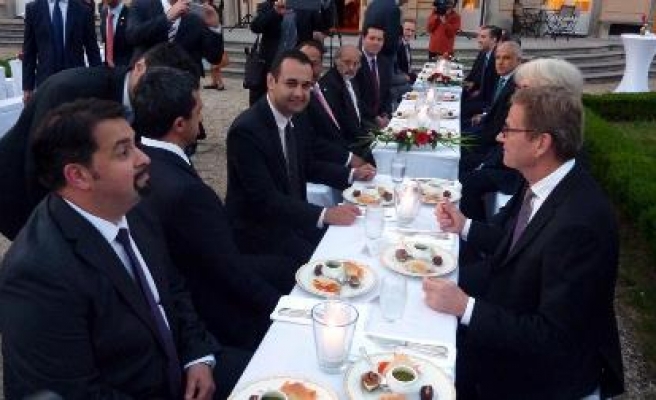 German Foreign Minister Guido Westerwelle hosted a fast breaking dinner for the ambassadors of Muslim countries in Berlin on Tuesday.

He said engaging in dialogue with the Muslim world was one of Germany's top issues, adding that such iftars brought people from different cultures together.

He also expressed concern over the killings of people in Egypt and several other Arab countries which ocur even during the holy month of Ramadan.