The tent which can hold 600 people will remain open to visitors regardless of their religion or nationality till the end of Ramadan. 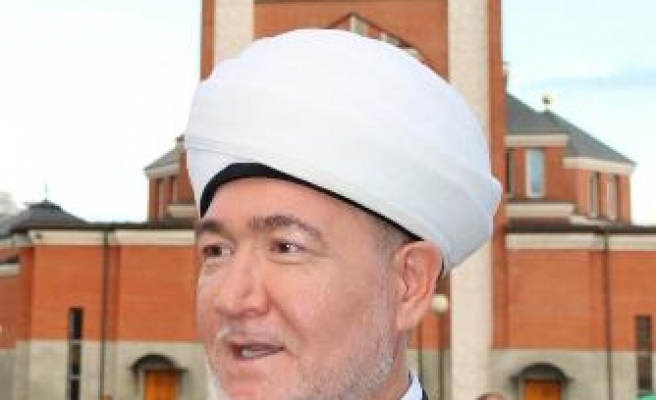 Hundreds of people came together for an iftar dinner in the Ramadan tent in Moscow to mark Turkish Day on Friday.

The event was attended by both Russian and Turkish people including Rawil Gaynetdin, the Grand Mufti of Russia, Rahmi Yaran, the Mufti of İstanbul, Turkish Embassy staff in Moscow, Turkish businessmen and Russian guests.

The evening was organized by the Turkish Embassy in Moscow.

"The first Ramadan tent was opened 8 years ago by the Ankara municipality as a gift to Muslims in Moscow, then became a custom and now hosts thousands of people every year," said Rawil Gaynetdin, the Grand Mufti, of Russia thanking Turkish people for pioneering the custom. "Now every Ramadan we remember the first tent, the gift from the Turkish people."

The tent will remain open to visitors regardless of their religion or nationality till the end of Ramadan.

The Ramadan tent hosts many events annually during Ramadan and can hold up to 600 people. If draws several thousands of people during the holy month and offers a chance for people who want to know more about Muslim culture and traditions.