A British rabbi in London fasts in Ramadan to build bridges between Jews and Muslims. 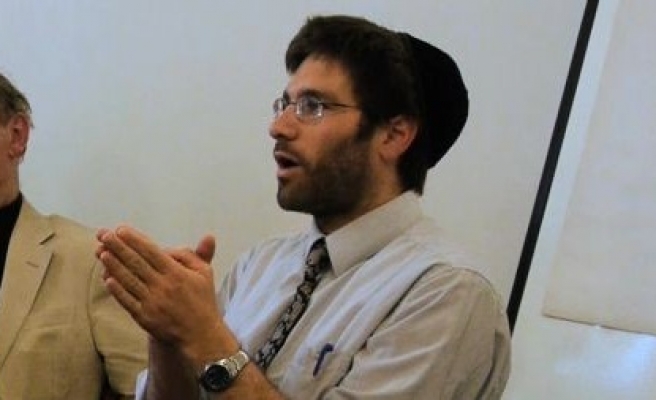 Orthodox Jewish rabbi Natan Levy, who lives in London, UK, is working to overcome stereotypes regarding the relationship between Jews and Muslims by fasting this Ramadan.

Levy, who also set up an online radio station called Salaam-Shalom with his Muslim colleagues, decided to fast this Ramadan alongside the British Muslim community to, in his words, open some closed doors and build some new bridges.

Speaking to The Times of Israel, he said that he plans to fast the whole month, despite the heat wave in London. Although none of his congregation has joined him in his fast, he mentioned that his 10-year-old daughter had asked to join in as well.

Saying that he wishes to bring about a change in the way Jews in the UK engage with Muslims and Islam, he added that he wanted to have an “honest conversation with everyday Islam.”

“I am sad and frustrated that the Anglo Jewish community appears to live in a state I could only call deeply distrustful of anything that hints of Islam,” he said, adding that he was first inspired to engage in the occassion when a member of his congregation panicked on seeing a female Muslim profressor from Cambridge University, who had been invited as a guest, in the synagogue.

Levy, who said his decision to fast was purely personal, said, “My work colleagues are currently enticing me with sandwiches to see if I will cheat, and the congregants at the local shul keep asking why a Jew would want to fast over Ramadan. So I guess that does mean a conversation is under way.”

“Will it take us all towards a deeper understanding? Will it open those long-closed doors? I really don’t know. I hope so, I pray so, but I don’t think we will know until our children stop running away whenever they see a Muslim in the synagogue. And that, I fear, is a long process of remembering that we are both children of Abraham,” the rabbi said.

Fasting in Ramadan is one of the five pillars of Muslim practice, in which Muslims who are physically capable of doing so stay away from eating and drinking from the onset of dawn till dusk everyday for the entire duration of the lunar month.