Life starts after sunset in Erbil

"People rush to mosques to pray and we are here to gain our daily bread. Ramadan nights are beautiful in Erbil,” a seller said. Vendors are generally satisfied with the high level of trade and they wish this would go on after Ramadan. 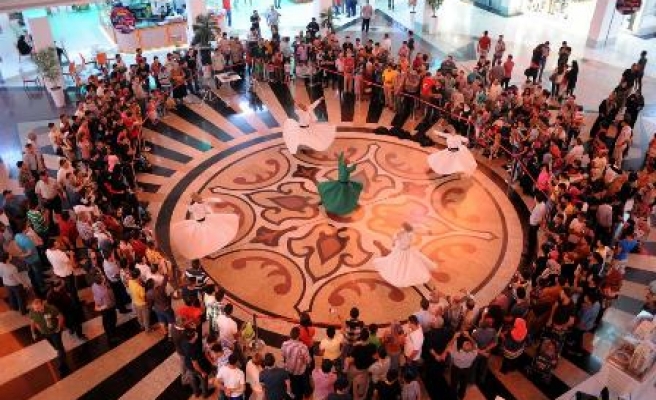 The holy month of Muslims has continued with joy and enthusiasm in the capital of the Kurdistan Regional Government (KRG) Erbil, where shops remain open and people roam in the streets till dawn.

During Ramadan, the routines of daily life have been rescheduled in Erbil. Unlike the rest of the year, people start to go out after iftar, breaking their fasts with dinner, and staying out till sahur, the pre-dawn meal. Families choose the Teyvara neighborhood to have a walk after iftar while some others go to the teravih prayer special to the month. Mosques are more crowded than usual which brings a new dynamism to Erbil’s economy. The yards of mosques are filled with crowds of people surrounding sellers of iced candies. “Thank God, we are not working during the day time while we are fasting but start to work after iftar. People rush to mosques to pray and we are here to gain our daily bread. Ramadan nights are beautiful in Erbil,” a seller said. Vendors are generally satisfied with the high level of trade and they wish this would go on after Ramadan.

Ramadan trends are likely to continue due to the incredibly high temperature, which reaches 50 Celsius and makes people stay at home during the day and go out at nights. Those who sell ice-cream and cold beverages are the only exceptions who are happy with the high temperatures. One of them underlined the importance of ensuring security in increasing trade, which is a rare situation for the rest of Iraq, by saying, “Since it is very hot during the days, people can leave home at nights. Of course, security is the key to give people this chance. Thus, our sales are good.”

Celil Hıyat Mosque, a symbol of the city

One of the hotspots for residents of Erbil is the recently-built Celil Hıyat mosque where Muslims gather for teravih prayer. Unlike many others, the mosque is not a historical monument and was built 16 years ago by businessman Celil Hıyat, whose surname means ‘tailor’ in Arabic. The glorious building attracts people in Erbil especially during Ramadan. The architectural elegance of the mosque is very much inspired by Ottoman style as indicated in the design of the windows and doors. Construction lasted 10 years and founder Hıyat died before it was completed. Many construction products were exported from Turkey. One of the distinguished characteristics of the mosque is the aqua regia used to distemper the glazed wood carvings. Moreover, the face side of the building is decorated with crafted ceramics. The mosque which takes up 15 thousand square meters in space has two minarets and two gates. The little domes garnished by colorful stones over the main gate are also another characteristic of the mosque. Having 12 doors, the Celil Hıyat Mosque provides 2500 Muslims with the chance to pray at the same time.