Although the police said the measures were taken for security reasons, many commented that it resembled the Soviet-era procedures applied to those engaged in religious practices. 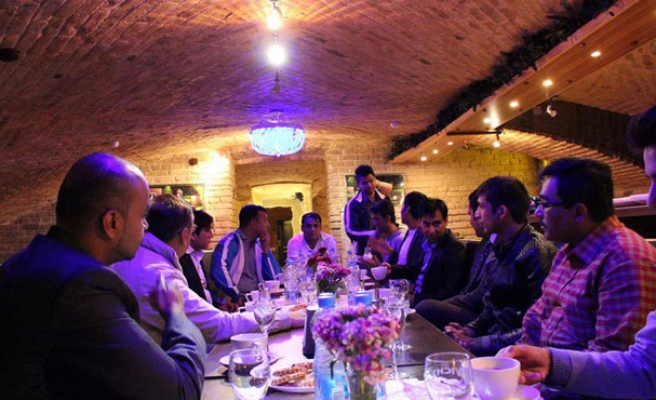 Police in the Lithuanian capital of Vilnius have recorded the names of individuals who attended a Ramadan iftar fast breaking dinner that was organized by the Tablighi Jamaat.

The dinner, which was organized on Saturday evening in the city's Islamic Culture and Education Center, was monitored by two police offices who took note of all individuals entering and leaving the building since that morning.

Police patrolling the streets outside the center were reportedly asking passers-by where they were going, whereas those entering the center were asked to show their identity cards.

Although the police said the measures were taken for security reasons, many commented that it resembled the Soviet-era procedures applied to those engaged in religious practices.

The Tablighi Jamaat is an Islamic religious movement based on the principle of the "Work of the Prophets" inviting to God in the manner of the Prophet Muhammad.

The movement was started in 1926 by Muhammad Ilyas al-Kandhlawi in India,which was dream of his teacher Moulana Rasheed Ahmad Gangohi.

It primarily aims at Tablighi spiritual reformation by working at the grass roots level, reaching out to Muslims across all social and economic spectra to bring them closer to Islam.