Mecca holy mosque to hand out Qur'ans in 72 languages

Mosque authorities in Mecca’s Grand Mosque expanded the number of Qur’an translations to 72 different languages ahead of Ramadan. 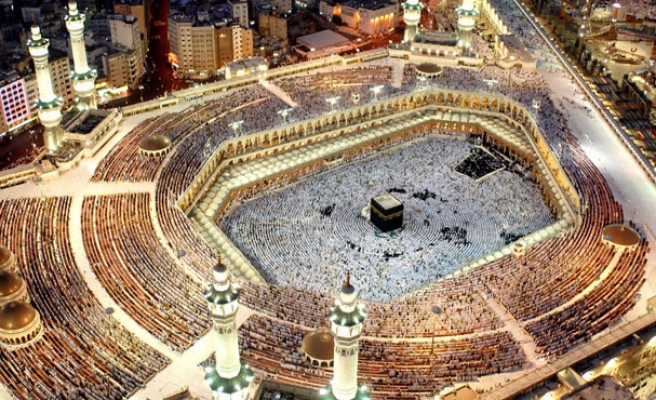 Along with preparations being made for Ramadan in Mecca's Grand Mosque, around 950,000 copies of the Holy Qur'an in 72 different languages are going to be made available for the visitors.

Mosque authorities in Mecca’s Grand Mosque expanded the number of Qur’an translations to 72 different languages ahead of Ramadan so visitors will have easy access to the Qur'an in their language.

“The number of shelves inside the Grand Mosque has been increased to 4,000 shelves containing 950,000 copies of the Qur’an in different languages for worshippers to read,” Ali Hamid Al Nafji, a senior official at the Presidency of the Grand Mosque Affairs, told Arab News on Wednesday, June 25.

Along with the additional copies of Qur’an translations, digital copies will be also available.

“We have developed a state-of-the-art technology system that any smartphone user with a barcode reader application can use to download the Qur’an software inside the Grand Mosque in the language of choice,” said Nafji of the Presidency of the Grand Mosque Affairs.

“The Qur’an, along with commentary and translation, is available for download in most of the world’s major languages, including Sinhalese, Telugu, Somali and Chinese,” he added.

Eid Mubarak. May Allah blessings be with you today, tomorrow and always.
Facebook
858.6B
Twitter
0
POOLAll Pools
PRAYER TIMES