Muslims in Sweden fasting over 21 hours a day

Muslims in Lulea, northern Sweden where the sun does not set during summer, observe one of the longest daily periods of fasting during Ramadan. 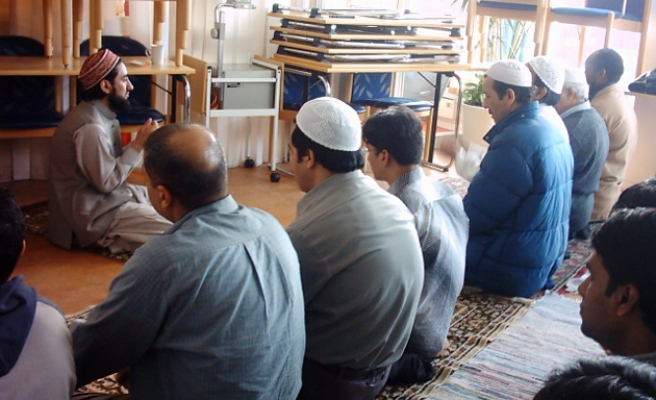 Muslims in Lulea, on north polar line, have been fasting more than 21 hours a day which is one of the longest daily period of fasting in Ramadan.

Both suhoors (meal before dawn during Ramadan) and iftars (breaking fast dinner) are made in the light of the day in the city where sun does not set during summer.

Lulea is a city on the coast of northern Sweden with 75,000 inhabitants capital of Norrbotten County.

There are many Muslims in the city from the countires of Turkey, Afghanistan, Pakistan, Iran, Iraq, Syria and Tunisia.

According to the Ramadan timetable of Turkish Religious Affairs Administration, iftar starts at 11.50 p.m. local time in Turkey while Tarawih is prayed at 12.28 a.m.

Imsak, the pre-dawn meal in Ramadan, starts at 2.37 a.m.. There are just three hours between iftar and suhoor. So the Muslims are in such a rush that they have to get ready in 38 minutes for Tarawih after fast-breaking.

Fatma Bora and Tulay Imdat, who have lived in Lulea for ten years, said it was not hard to fast due to the cool weather in spite of the long days.

"We bear down on praying on time because of the short time period between iftar and Tarawih" said Bora and Imdat, stating that they felt blessed for performing their religious duty.

The northernmost mosque in the world

There is a small mosque in Lulea which was built by the Muslims living in the city.

The Muslims perform Friday prayer under the leadership of Tunisian imam Mohammed Amri.

Ayse Duyar, press agent of LIslamic Society of Lulea, said "This small mosque is used for Friday prayer by the community. Many Muslims from all around the world in Lulea use this mosque. However, it is not enough for us. The Muslims together bought land for our new mosque in 2011. We projected and had the municipality approve the project. If we can run this project, we will build the northernmost mosque in the world."

Northern mosque in Tromsoe - Norway, to fast more than 14 hours is innovative and not wanted.

Question for Northern mosque... In Canada most cities are observing a 19 to 20 hour fast... are you saying this is an innovation? Do you have any evidence or literature that you can reference to regarding this.