As Ramadan gathers steam across the world, many of Nigeria’s Muslims are growing nostalgic of the age-long albeit waning ajiwere culture 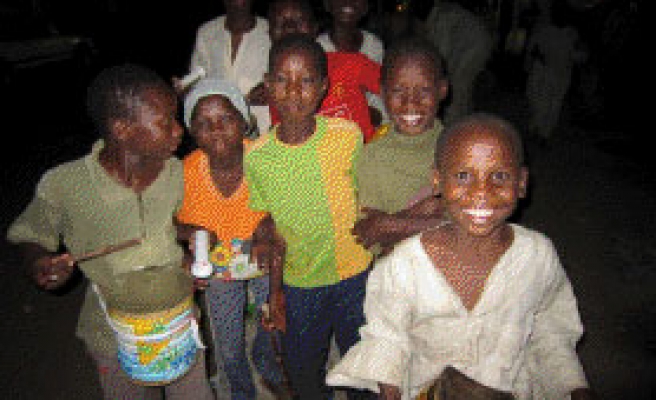 As Ramadan gathers steam across the world, many of Nigeria’s Muslims are growing nostalgic of the age-long albeit waning ajiwere culture, a tradition of young men going around communities and homes at dawn chanting Islamic songs to wake people up for Sahur throughout Ramadan.

“I recall the culture of ajiwere with fondness,” Omotosho Umar, in his late 30s, told Anadolu Agency (AA).

“We grew up knowing it and we also partook in it.”

Ajiwere is a Yoruba word meaning to rise at dawn, a term used to depict the tradition which many claimed gave rise to what is known in contemporary Nigeria as Fuji, one of the country’s most popular music genres.

The culture shaped many people’s youth.

“As a young man, we would constitute ourselves into different ajiwere groups to sing around communities to wake people up for sahur,” said Umar.

“In fact, it was so interesting that the late Emir of Ilorin Dhul Qarnain used to organize competition for different ajiwere groups and prizes were presented.”

Mallam Haruna Mustapha, a civil engineer in his mid-40s, grew up knowing different ajiwere groups who went around different households to wake people up for sahur, beginning usually at 3 a.m.

“In those days, you can hardly miss your sahur because they will definitely come around,” he recalls.

“It was a big fun for us as children. We usually follow our parents to greet the ajiwere people and most times our parents will give them money just to encourage them. And to be candid, the motive wasn’t the money, I guess it was just the fun of going around and making the month more interesting. Although I never took part in it, I look back at those days with nostalgia!”

“Our ajiwere group formed the fulcrum of the Muslim young cadets of my community. It was a funny way of inducting the young people into adulthood,” he told AA.

“We did it for Allah’s sake and we enjoyed it because so many households depended on our efforts not to miss their sahur and I thank Allah for that.”

The culture which once shaped many people’s youth has succumbed to diverse factors including insecurity, religious intolerance, increasing encroachment of western culture on local practice, youths’ declining interest in communal issues in the face of westernization and globalization.

Ibrahim blames insecurity and rigidity of some of scholars.

“Clearly no parent will allow his children to go for ajiwere if he senses danger of violent attacks or harassment by security agencies.”

“We grew up doing it. But some young scholars soon came and said singing is against the tenets of Islam, so the elders were persuaded to stop the practice,” he told AA.

“Some of us don’t really share this view but some factors have combined to halt the practice.”

“One is the fact that some latter-time Muslim scholars discouraged it along with singing. In Ilorin, for instance, it was replaced with Qur’an recitation competition and other things.”

But he also heaped blame on insecurity.

“Other factor is the issue of security, as many people now fear for their lives because cases of unexplained murder and violent attacks are rampant these days.”

Umar said the culture was dealt a deadly blow in 2001 in Ilorin during a political crisis “when it was no longer safe for people to walk at night, much less in groups, for fear of violent attacks.

Mustapha, the civil engineer, agrees that security issues might be a factor why ajiwere has waned across Nigeria.

“But really, I blame rising (religious) intolerance and unfortunate wannabe mentality among the youths of today. Besides, most of them grew up at a time the ajiwere culture was already going into extinction.”

Omoyemi Akangbe, a United Kingdom-trained attorney who hails from Ibadan city in South-western Nigeria, is one such example.

He only heard “interesting narratives” about ajiwere, including that the popular fuji genre sprouted from the ajiwere culture.

“I am not happy that the culture is waning or almost dead and I can only guess that insecurity and maybe other vocations and western civilization may have swayed the youths from such interesting culture which I’m told was like a uniting force among Muslim youths.”

Muzamil Yusuf, a journalist from Abeokuta in Nigeria’s Southwest, agrees that ajiwere is being threatened by modern trends.

He blames the waning ajiwere initiative, particularly in urban centers, not just on insecurity but also because most of those who participated in it are semi-literate fellows who have now grown into full-fledged Fuji musicians.”

Umar notes that negligible few were still doing the practice.

“But it is no longer an organized thing that the whole community took keen interest in. And that is so painful because we lost such things like communal age-group unity and brotherliness.”

Yusuf, the journalist, also confirms that some youths still do it in remote rural and semi-urban areas to rally people during Ramadan.

“Some youths in Bode Olude area of Abeokuta used the bandiri drum popularly used by the Qadiriyah sects to wake people for sahur today.”

Years on, the culture is still being missed.

“These days I sometimes forget to wake up for sahur. That never happened during the time of those ajiwere,” says Mustapha, the civil engineer.

“I believe it was a worthwhile experience for us growing up. It was one of those things we looked up to whenever Ramadan was approaching.”

Umar could not agree more.

“Definitely, I continue to miss it.”